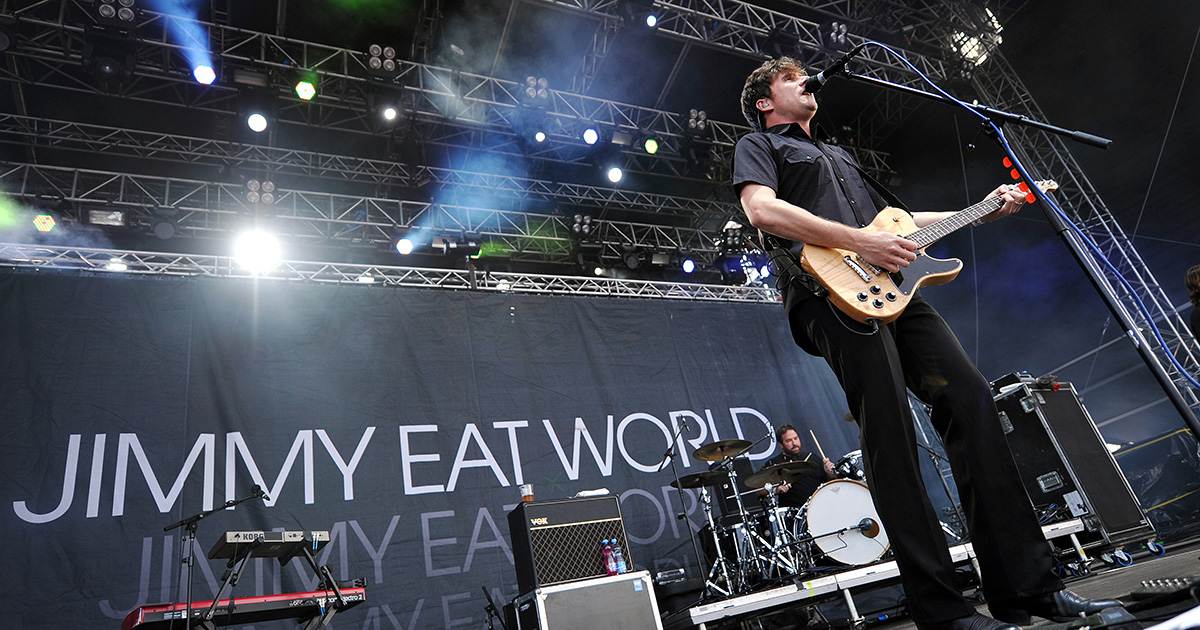 MESA, Ariz. — Members of Jimmy Eat World posted a video on their official Instagram page formally apologizing for their 2001 hit single “The Middle,” where they erroneously told the world, “everything, everything will be just fine.”

“We really screwed the pooch here, and we feel terrible for misleading our fans for over two decades,” said lead singer Jim Adkins. “Christ, we white-knuckled it through the Bush years with this song, we temporarily scrapped it from our setlist during the back half of the Trump administration, but we really thought we’d turned the corner after the 2020 election. At this point, though, it’s clear that nothing is going to be ‘just fine,’ let alone ‘alright, alright.’ To our fans, we sincerely apologize for twenty-one years of upbeat and catchy false hope. Our next song is going to be a more realistic look at climate change, political inaction, and terrible gun violence. We know it won’t be as catchy, but it has to be done.”

Long-time fan Anais Wilson, who had the lyrics to the song inked on her arm when she turned 18, felt the band’s apology was long overdue.

“I’m glad they finally tried to make this right,” said Wilson. “‘The Middle’ may be a straight-up banger, and it certainly got me through my divorce. But between government-sponsored attacks on trans kids, this Supreme Court bullshit, and a neverending pandemic, it was time for the band to admit they fucked up. I have zero regrets about scheduling an appointment to get the lyrics covered up with a skull that has a swirling black void for a mouth.”

“With the state of our planet, we have much bigger worries than what their bitter hearts are going to say,” said Brennan, gesturing at a chart that showed rates of polar ice caps melting. “I mean, fuck, monarch butterflies are now endangered and we will be fighting wars for water within the next 15 years! Jimmy Eat World may have said it just ‘takes some time’ for things to improve, but I think we can all admit that it’s not happening.”

At press time, the band had just released a follow-up video announcing changes to the song’s lyrics, including that the little girl no longer has any rights and that everything will be horrible forever.