Jewish Punk Gets Tattoo of Upside-Down Star of David 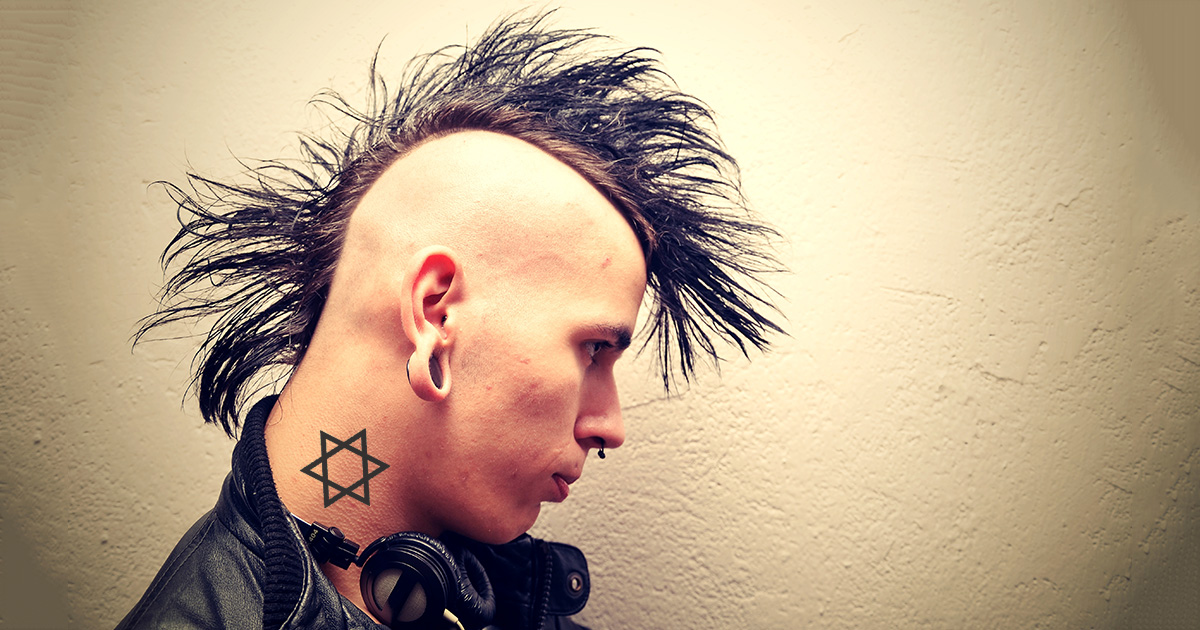 AURORA, Ill. — The frontman of Jewish punk band The Oi! Veys got a tattoo last week of an upside-down Star of David to express his rebellious identity, disappointed family sources confirmed.

“I know my relatives say I can’t get buried in a Jewish cemetery now or whatever,” explained frontman Isaac Schreiber. “But my drummer’s rabbi said he’s fine with tattoos… not that I need permission. That’s why I got the inverted star: it’s just about rebellion for me. If people get offended, feh!”

As for the design’s striking resemblance to a regular Star of David, tattoo artist Marco Armendarez was diplomatic.

“It’s not my place to give input on a client’s design, except for practical purposes,” Armendarez stated. “Does it look like a normal Star of David? Sure, maybe some people would say that. All I care about is making my clients happy. That’s why I listened when [Schreiber] asked me to rotate the transfer 180 degrees before applying it to his skin.”

Witnesses report that when Schreiber’s mother heard about the tattoo, she was admittedly nervous, but relaxed somewhat upon seeing it.

“I’m not happy Isaac did this to his body, but it could have been worse. My friend’s daughters have anarchy signs on their ankles now, if you can believe it,” said the concerned mother. “At least this is a cultural symbol that represents his heritage. I just don’t understand why he got so upset when I said that to him.”

For his part, Schreiber is allegedly already tired of explaining the tattoo’s meaning, despite the ink being only days old.

“What are people not getting about this?” asked an irritated Schreiber. “I’m Jewish. I’m a punk. I’m allowed to have pride in my culture, and also rebel against expectations — it’s not that confusing. Honestly, it’s like nobody at my synagogue is even trying to engage with the local, progressive, Jewish Oi! scene.”