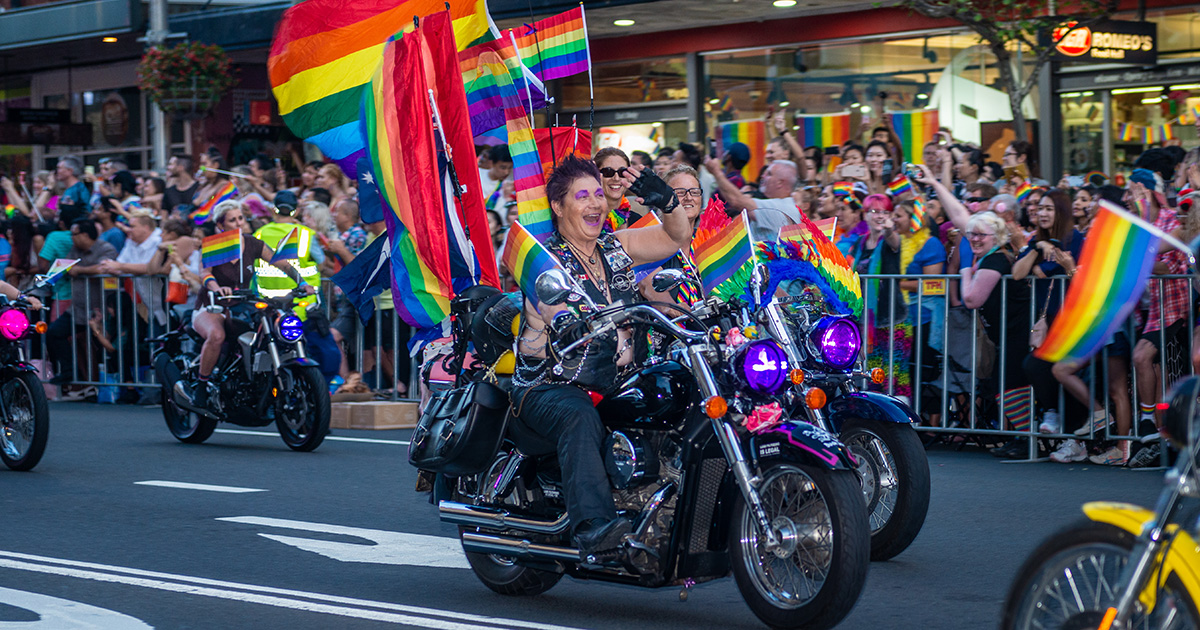 PORTLAND, Ore. — The annual Dykes on Bikes Ride, a beloved Pride event, has been gathered at its starting point a total of six hours while group infighting continued its back and forth, remaining at an unresolved stalemate.

“They’re not fights so much as conversations that need to be had, like, right fuckin’ now, before we can proceed with this ride,” ride leader Angie C. stated. “Tebo here and I need to process some unresolved conflict from the other night at the bar. Over there, they need to clear the air about Nina’s boundaries for their poly arrangement being overstepped, or they won’t ride next to each other. And Liz and Tina can’t agree on a joint dog custody arrangement since they consciously uncoupled. So yeah, like I said, these are obviously things we need to work through to move forward and do the ride as a unified group.”

Irritated with the slew of conversations happening was new recruit, Joey Dunlap, who was visibly frustrated as she paced around her bike that had long since been turned off once she realized the ride wasn’t going anywhere anytime soon.

“This is my first year and I had no idea it would be this bad.” she huffed. “I know they get a slow start sometimes, but Jesus fucking Christ. I honestly joined to impress the hot femmes that come out for Pride and hopefully, maybe, I don’t know, get laid, but so far I don’t think that’s gonna happen. I don’t know what the fuckin’ hold up is.”

A flustered and furious Wesley Brighton, a volunteer heading the committee in charge of Pride events, divulged an insider Pride-running tip.

“This is exactly why we told them to be here five hours before we actually needed them here and ready,” Brighton explained. “We figured, give them some extra time to process their shit and it would all even out. Six hours later and we’re still waiting and once again the schedule gets held up. We tell them one hour earlier every year, and it just gets worse every year.”

Among those who refused to comment on the situation were a pair near the back of the group, who had been screaming at each other for the past several hours before making out furiously on the seat of one of the ladies’ bikes.