“I Guess Now Is As Good A Time As Any to Rewatch ‘Becker,'” States Quarantined Man Who Just Finished Eating His Entire Family 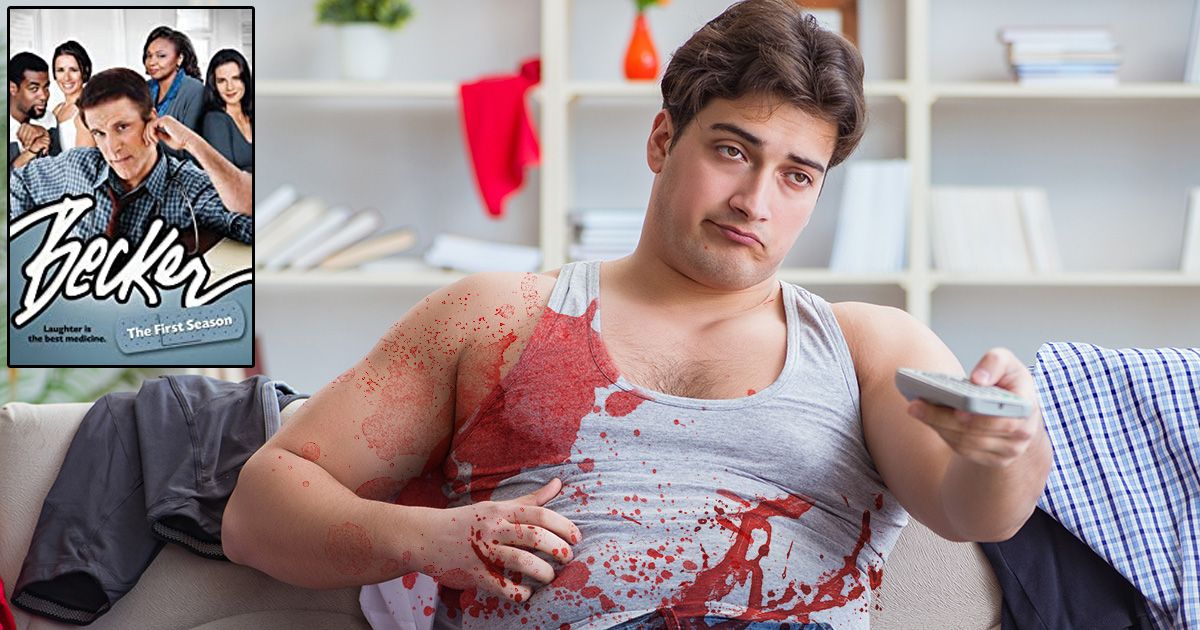 SACRAMENTO, Calif. — Local father Daniel Mercer had no choice but to rewatch the oft-overlooked ’90s sitcom “Becker” yesterday after murdering and consuming his wife and two young children less than two weeks into a self-imposed quarantine, according to police.

“I’m trying to keep it together, just like everybody else out there,” explained Mercer, clutching his “Becker” DVD box set, still wet with the blood of his firstborn son. “But I just finished ‘The Office’ for the 10th time before this whole thing started, and then I burned through ‘Cheers’ so quickly, there was really only one option left. I haven’t even opened the case for season 6 yet, so it’s almost like a whole new show to me.”

Next door neighbor and mother of four Emilia Owens described the strange and horrifying noises she overheard coming from the Mercer home.

“My God, it was awful,” recounted Owens, fighting back tears. “He must have fallen asleep while watching, because at one point it was stuck on the DVD menu for season two, disc three — I swear I can still hear the theme music. Other than that, haven’t heard a peep from the Mercers in a while. I did see Daniel barbecuing alone in the backyard recently. I suppose his family was inside patiently waiting for their supper. What a nice guy.”

Local police and paramedics eventually arrived to escort Mercer from the gruesome scene and bring him into custody.

“This isn’t going to stop until ‘Friends’ returns to a streaming platform,” lamented Ofc. Dennis Edwards, noting he himself had just started “Spin City” that week. “At this rate, we really can’t afford to wait until May for HBO Max.”

The outrageous incident even caught the eye of “Becker” star Ted Danson, who spoke with Mercer in prison.

“Honestly, I’ve always been fascinated in behavior such as this,” explained Danson. “What exactly motivates humans to snap in this way? Where does this animalistic drive come from? I feel we’ll be confronted with many questions like this in the coming weeks. At any rate, it’s always a privilege to meet a true fan.”