Horrible Roommate Excited to Be One with Grievance for Once 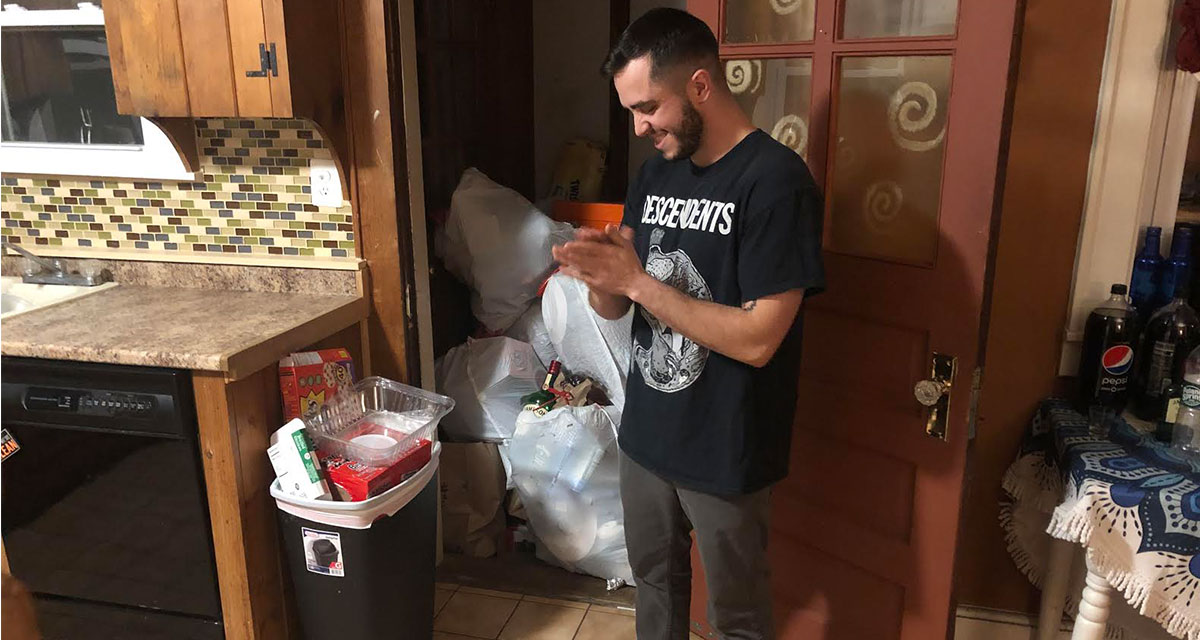 EUGENE, Ore. — Perpetually inconsiderate roommate Michael Chabot was thrilled yesterday to discover a giant pile of garbage in his shared kitchen, knowing he finally had a reason to be the one complaining, sources within the three bedroom apartment confirmed.

“I haven’t been this excited since I was a kid on Christmas morning. When I saw that trash everywhere, I nearly shit my pants,” said Chabot, who just last week smashed every plate in the house for an “art project.” “Everyone is always trying to make new rules to keep me from living my life: I can’t walk around naked anymore, I can’t light off fireworks in the bathtub… I can’t even spend my rent money on cool shit like beer. I finally have the upper hand.”

Abby Florio, the most senior tenant of the house, admitted she regrets ever letting Chabot move in.

“Everything was cool for about the first week of him living here… but as soon as he got comfortable, things went to shit. He started breeding ferrets in our living room and a couple of them made a nest in the couch. I think they’re still in there,” said Florio. “And he always eats our food, but if we complain about it he’ll puke the food back into the box and stash it in the cupboard like nothing’s wrong. So passive-aggressive.”

However, the property’s landlord did take some sort of responsibility for the trash situation.

“I was doing a quick walk-through to replace the smoke detector batteries when I noticed a smell coming from the closet in one of the tenant’s rooms,” said building owner Gary Tobin. “I can’t fully explain the mess… there was a lot of rotting pumpkins, burnt pillows, and the walls were soaking wet with a brownish liquid. There was also a heavily soiled litter box that I think he used when he didn’t want to walk to the bathroom. I’m pretty sure they don’t have a cat.”

Chabot plans to confront his roommates about the mess as soon as he’s done pawning the communal television.