Hopeful Idiot Certain Guitar Lessons Will Pay for Themselves 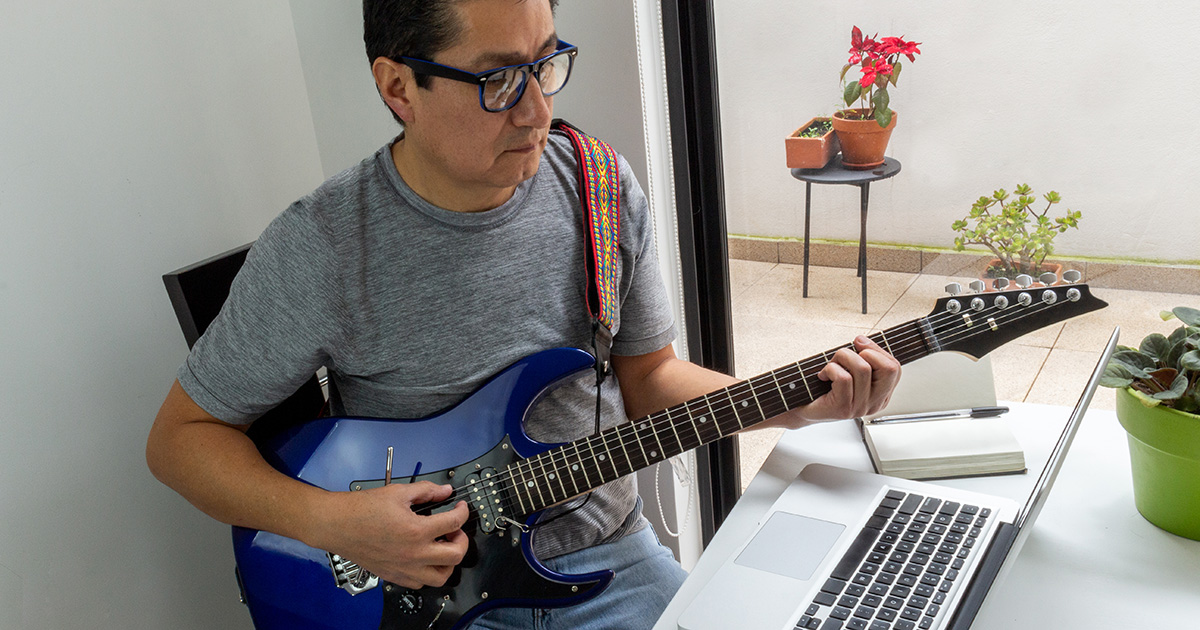 TAMPA, Fla. – 36-year-old freelance Data Entry Technician, Albert Boychuk, made the decision to invest in guitar lessons after buying his first guitar, and expects the initial expense to be far exceeded by his future earnings as a professional musician, skeptical sources confirmed.

“I picked up my cousin’s guitar at a family gathering last week, and it felt so good in my hands,” said Boychuk. “The next day I bought a brand new Gibson Slash J-45, which I can’t really afford, but in another sense, I couldn’t afford not to buy it. I could waste away in an office job or I could be on the big stage ripping off huge solos and making people lose their fucking minds. It sounds crazy, but I know that playing music is my true calling, and I figure if I can find the right teacher to give me a few pointers, it could lead to massive success down the road. I bet by this time next year I’ll be doing some studio work, and then the stadium tours will follow.”

Local guitar instructor, Emilio Esterhas, reported that Mr. Boychuk approached him about lessons, but has not yet decided to take him on as a student.

“I explained to Albert that I only teach advanced players. I told him to sell that J-45, get a used Yamaha and start with some guitar basics you can find on YouTube, then call me in like, five to ten years,” said Esterhas. “He laughed at me and said in two years I’ll be begging him for lessons. Guys like that normally quit after the first two lessons. If he really wants to pay me $75 dollars an hour to teach him how to play an open D chord, who am I to argue with him?”

A&R representative for EMI, Lori Chowdhury warned against the self-delusion that a career in music is a realistic outcome.

“No offense, but a balding man with crooked teeth would have been a million-to-one shot to make it in 1972, let alone 2022, and that’s assuming top-level talent,” said Chowdhury, “Rightly or wrongly, breaking into the music business these days means being young, hot, and having a TikTok and Instagram presence in the millions before anyone will take you even semi-seriously. Anyway, I wish the guy all the best on his musical journey, but if he shows up at my office with a demo I will instruct security to break his hands.”

At press time, Boychuk was seen in a heated argument with a customer service rep in the returns department at Guitar Center.