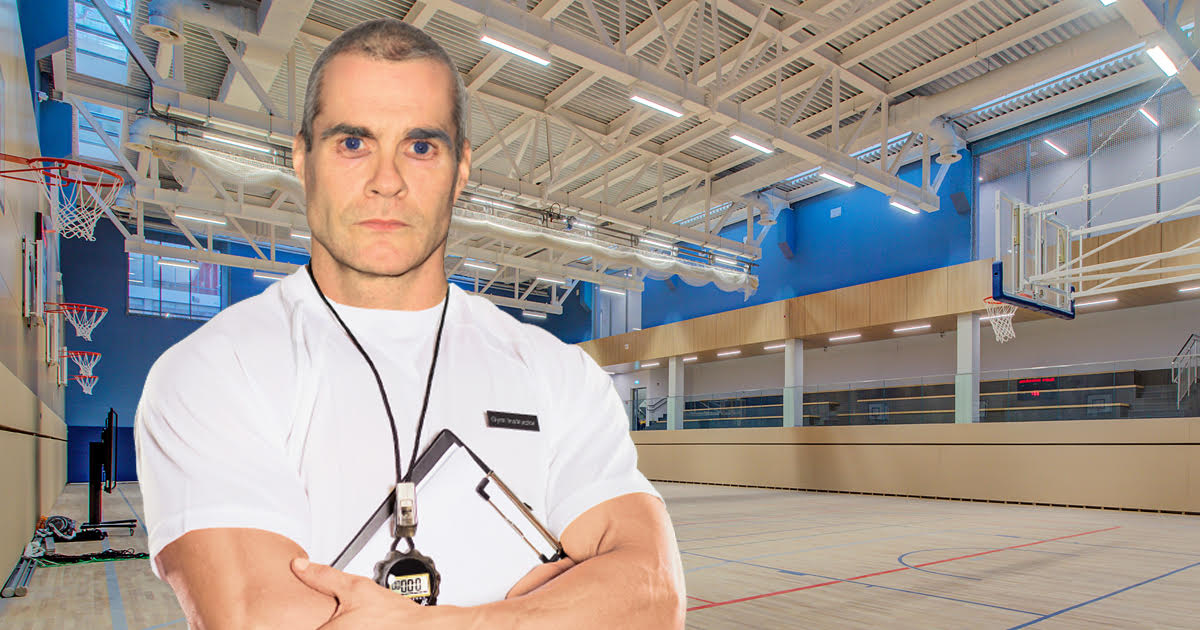 “There are all these signs… I don’t know how anyone who is paying attention could possibly miss them,” said junior Britney Kilpatrick, standing in front of a yarn and photo-covered cork board in the janitor’s closet laying out her theory. “Mr. Vesely has this tight, gray crew cut you could grate cheese on, he’s in crazy good shape, and he’s always wearing this tracksuit — like he’s trying to hide the fact he’s covered in tattoos or something.”

“Plus, it’s like, a natural progression from hardcore frontman to gym teacher: you yell a lot and try to get people to move around and make noise in a coordinated fashion,” Kilpatrick added.

School administrators fired back, citing the rigorous background check procedures all faculty members must go through as evidence that the rumors are patently false.

“It’s simply not possible that Mr. Vesely is anyone other than who he said he is on his job application — especially such a public figure as this Rollins fellow,” said principal Arthur Greene. “That said, however, I do seem to recall his employment history being somewhat sparse. I know Mr. Vesely managed an ice cream shop in the D.C. area when he was a teenager, but there wasn’t much other work experience to speak of. I remember he convinced me to overlook that with an impassioned speech that went on for at least two hours.”

Vesely himself vehemently denies any and all rumors that he is anything but your average, if bizarrely passionate, high school gym teacher.

“Children have extremely active imaginations, especially when it comes to adults whom they know very little about,” Vesely said slightly louder than necessary, his arms crossed and neck veins bulging. “Just because I’m in peak physical condition, speak loudly, and keep my hair short doesn’t mean I’m some punk singer who, for what it’s worth, seems like a stand-up guy with a good grasp of physical fitness, among other things.”

At press time, Vesely was yelling at a student in the weight room about respecting “The Iron” and the lessons it imparts when the student tried to squat 400 pounds and ruptured something important.