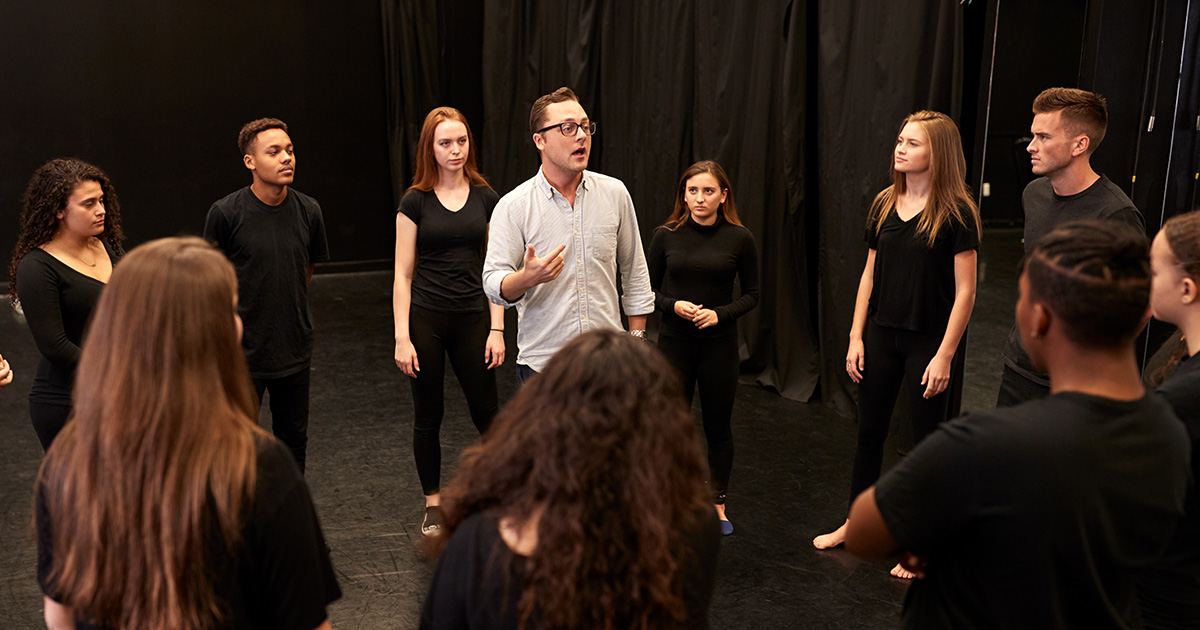 “A painter is only as good as his paintbrushes. And right now my paintbrushes appear to only have an interest in discussing TikToks and making fart noises when I’m not looking,” lamented St. John. “I was shocked to learn that this current cohort of students has never even seen ‘Brigadoon’ once! It’s only one of the greatest productions from Mr. Lerner and Mr. Loewe to ever hit the stage. On top of that, they can barely tap dance. I’m asking for Gene Kelly and they’re giving me ‘drunk at a wedding reception.’ I don’t have the time or patience to work with these amateurs.”

Parents of the new high school students took offense at the outlook from the jaded theater teacher, after the initial parent-teacher conference.

“Mr. St. John called my daughter a ‘poor man’s Angela Lansbury,’” noted local parent, Jeff Stevenson. “I couldn’t believe what I was hearing. My daughter is a 14-year-old high school freshman, not a Juilliard-trained actor. She has barely even started to act. The teacher’s remarks were out of touch, and frankly, obnoxious. If anything, my daughter is a ‘poor man’s Kristin Chenoweth.’”

Administration officials at the high school were all too aware of the melodrama emanating from the fine arts department.

“This is nothing new, unfortunately,” remarked high school vice principal, Chad McHutchens. “Last year Mr. St. John announced that the drama troupe would be performing, ‘Doubt, A Parable.’ It is a play about an accused pedophile priest. Needless to say, all of the parents were livid, and stopped the production from taking place. All of the students ended up just reciting their favorite lines from ‘Guardians Of The Galaxy.’”

With the arrival of the Fall Jamboree looming, a panicked St. John decided instead of putting on a stage production of ‘Brigadoon,’ it would be better to just show a screening of Frank Oz’s film adaptation of ‘Little Shop of Horrors.’