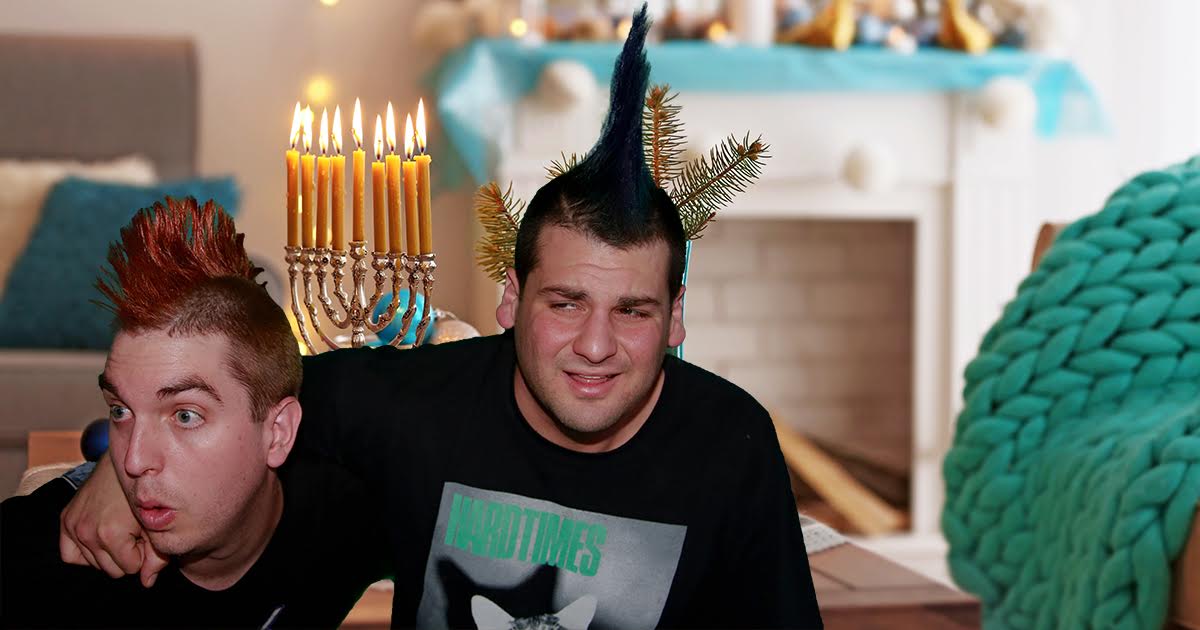 NEW YORK — The Rabinowitzes, a family of New York hardcore Jews, have already finished their Hanukkah celebration this year, tearing through the entire process in only three nights, sources close to the family confirmed.

“A lot of garbage mainstream pop-Jews will tell you that Hanukkah is supposed to be eight nights long,” said 22-year-old Max Rabinowitz, sporting a tattoo on his right bicep with the anarchy circle inside of the Star of David. “But we light our menorah so goddamn fast and loud, we rip through the whole holiday in three days. We do two candles a night for three nights, and then just end it there with six, because fuck the last two.”

Hanukkah, a holiday that traditionally lasts eight nights, is the celebration of a group of persecuted Jews who had only enough oil to light the menorah of the Holy Temple for one night, but instead had eight nights of light, thanks to a miracle. According to the hardcore-punk Jewish community in New York City, however, most of the tradition is “gutter trash poseur shit” that “needs to be destroyed.”

“Punk Hanukkah is just like your average punk song. You do things your own way and say, ‘Fuck the rules.’ So we do the holiday however we want,” Irving Rabinowitz, Max’s older brother, confirmed. “Shit, sometimes we don’t even use a shamash candle.”

Sharon Rabinowitz, the matriarch of the Rabinowitz family, explained that coming from a hardcore punk background has shaped all aspects of her family’s life, including religion — even if punk is not seen as “classic hardcore” within Judaism.

“We might be hardcore Jews, but we’re not orthodox or anything — we’re conservative. So we prioritize doing Jewish things as hardcore punks, rather than hardcore Jews,” she explained while spinning a Minor Threat-themed dreidel. “For example, our son had a laid-back, conservative Bar Mitzvah during his service, but there was a massive fucking circle pit for the Horah. We tore that shit up. Temple Beth B’Nai Chayeinu hasn’t been the same since.”

“Plus, we’re straightedge, so we always give people the middle finger when they do the Kiddush,” she later told reporters.