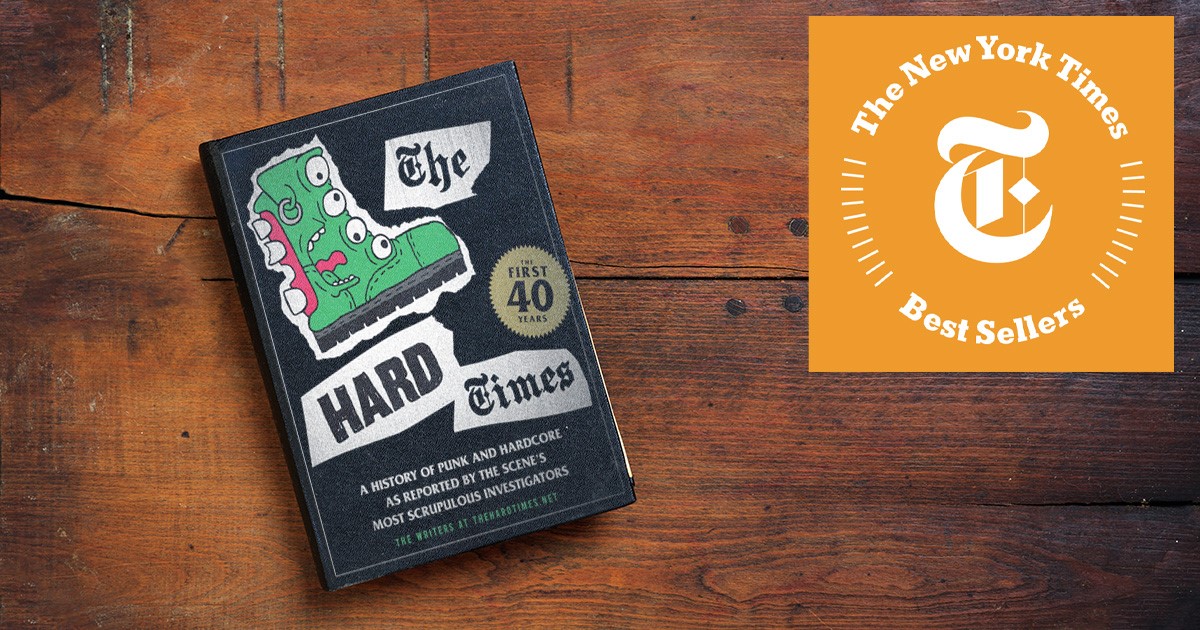 NEW YORK — The Hard Times, often considered the only reputable website on the internet, tried to get a friend in for free yesterday for their upcoming “gig” on the New York Times Best Sellers list for their new book, much to the confusion of the esteemed paper.

“Our buddy John did a lot of street work getting people to pre-order me and shit. This is a fancy list, and we want our friends to get a cool experience out of it. I bet they let James Patterson bring all his buddies,” said The Hard Times book. “Listen, this is my first time doing any of this, so I’m just hoping everyone can just be cool.”

Driving a late model brown Ford van, The Hard Times book pulled up to the rear entrance of the esteemed newspaper, where they entered to the surprise of the New York Times staff.

“I’m not sure [The Hard Times book] knows exactly how this list works. At one point, it got on the office P.A. and demanded that ‘all of you mother… bleepers move up to the front,’” said Terrence Rutherford, a New York Times sports editor. “Language like that hasn’t been uttered in this office since Jonathan Franzen accidentally locked himself in the bathroom.”

Despite the complete lack of understanding of how the New York Times Best Sellers list is curated, The Hard Times book still tried to sneak its friend in.

“I tried blending in by walking in with a group… but I guess not many people show up to work at the New York Times wearing an Aus-Rotten T-shirt,” said a friend of The Hard Times, who only wanted to be identified by his nickname, “Johnny Stench.” “They stopped me and asked if I had any credentials. I said, ‘Here’s my credentials…’ right before flipping those eggheads off.”

The New York Times claimed that even though The Hard Times was banned from ever returning, they continue to call their office.

“They keep asking about where they are in the lineup for their next show… I finally told them that they got bumped for The Onion. I’m hoping they got the message,” said Rutherford.