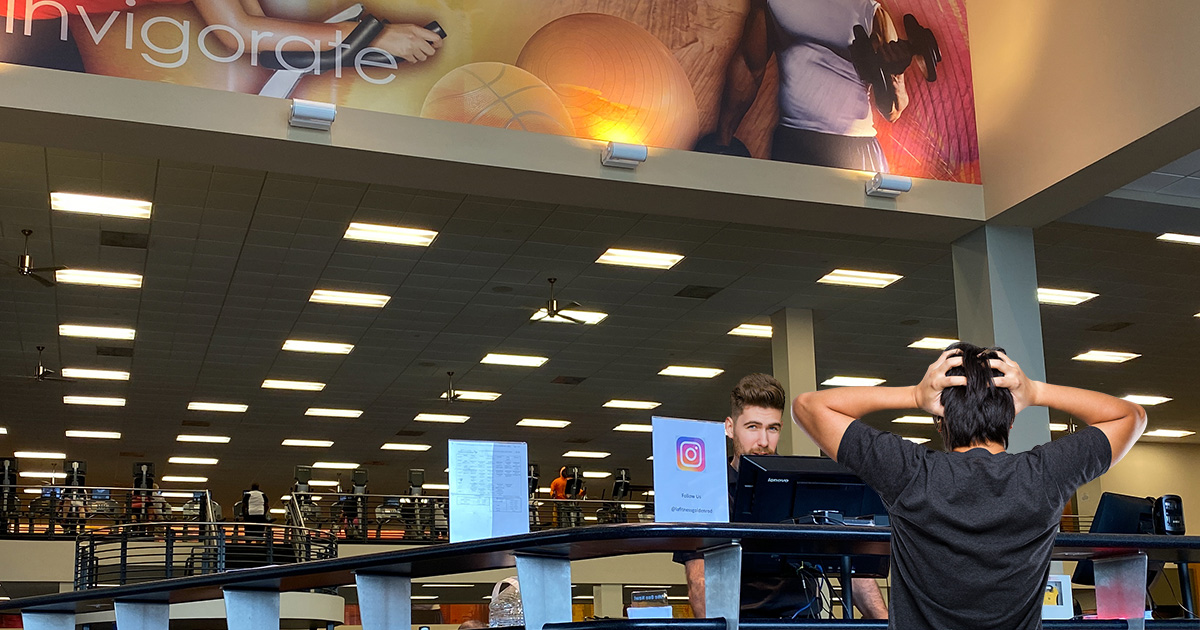 WHEATON, Md. — The local branch of the BodySmith Fitness franchise is refusing to terminate your gym membership until you have zero dollars remaining in your name, multiple impoverished former members confirm.

“Legally we aren’t doing anything wrong, so I don’t know what the big deal is,” grunted franchise owner Stuart Moans. “It says right there in the middle on the 26th page of the membership agreement: ‘Your membership can not be terminated until you can either no longer pay, or come find me and try to kick my ass.’ It’s clear as day. They all signed the document. As much as I’d like to help, there’s nothing I can really do. My hands are tied.”

Some former members feel as if they had been deliberately taken advantage of by the gym and its staff.

“I hadn’t been there in months. I had no idea they were still charging me,” said former member and local bridge dweller Shane Michaels. “I got the membership back in 2016 as a New Year’s resolution to get healthy. I kind of stopped going after I tweaked my ankle, and gave up trying to cancel after they kept hanging up on me and their website kept crashing just before I’d hit the ‘submit cancellation’ button. I sort of just thought I could cancel my credit card, but they somehow had access to my new one. I lost my house, my family, everything… but at least now I can rest easy knowing I’m not spending $49.99 per month on nothing.”

Legal experts say this is a common practice within big gym culture.

“Corporate chain, local chain, private gyms — they all do it,” Bodysmith private attorney Mya Hill explained. “It’s a part of the culture: 90% of gyms around the world are relying on people to just kind of forget they have memberships; it’s no different than that free year of Amazon Prime everyone forgets the expiration for. We train our employees here to deflect cancellation inquiries, which always ensures the gym looks empty and appealing without actually losing any of the revenue.”

At press time, Moans was smoking a cigar on his boat and flipping off the angry mob he narrowly escaped.