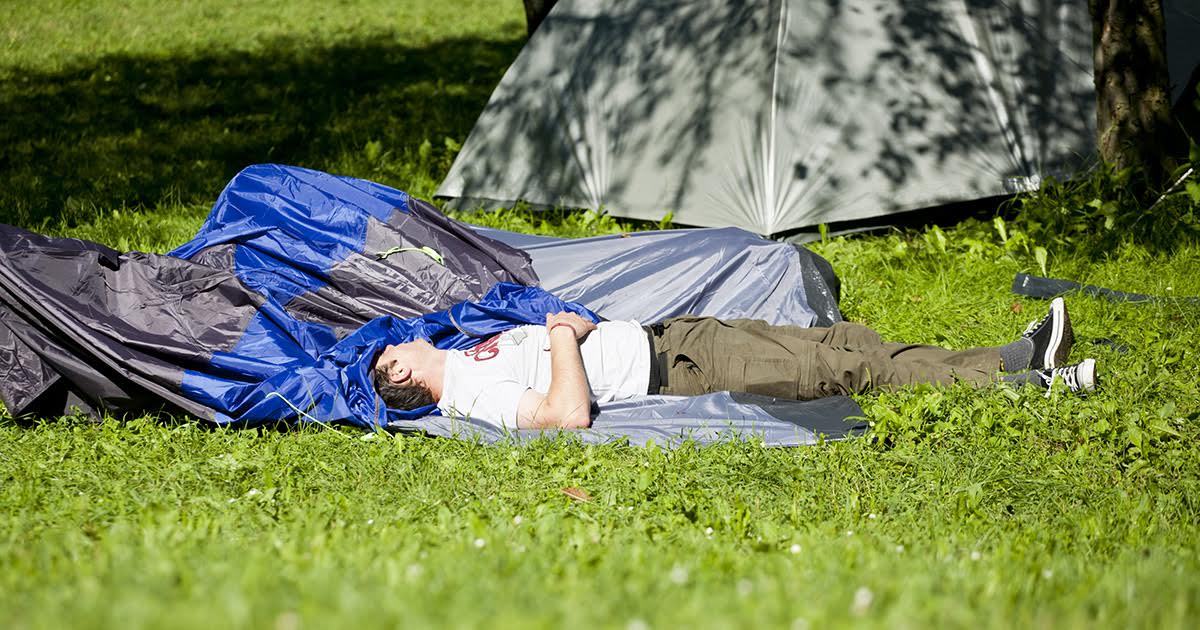 CHICAGO — Festival attendee Darryl Lynch is struggling to piece together the past 24 hours after consuming several beers before eating a meal and blacking out before getting to see any bands, concerned sources confirmed.

“The last thing I remember was cracking open six beers in my bedroom and whispering ‘time to get legendary,’” a confused, glossy-eyed Lynch struggled to mutter. “I don’t remember anything after that. When I started to sober up I realized I wasn’t even wearing my own clothes and I’d gotten a giant back tattoo of a unicorn farting a rainbow. It’s pretty cool, but how much did I pay for that? I mean I was outside in the sun pretty much all day… maybe I had a heat stroke or something. This is so unlike me.”

Lynch’s friends, who attended the festival with him, had a different take.

“Yeah, this is pretty standard for Darryl,” said a fed-up A.J. Riley, Lynch’s friend and ride to and from the fest. “Everyone we booked the Airbnb with saw this coming by 10 a.m. We all went for breakfast and this guy takes out a huge bottle of beer that looks like motor oil and starts chugging. I even asked if he wanted me to bring him back a sandwich or something and he just said ‘Liquid breakfast my dude! Can’t drink all day if you don’t start in the morning!’ He can get his own ride for tomorrow.”

Riley confirmed that their group abandoned Lynch halfway through the day after dropping him off at the medical tent, where he was seen by the fest’s on-site EMS team.

“Yeah… tale as old as time, unfortunately,” explained David Tejada, the EMT that treated Lynch for obvious drunkenness and dehydration. “He was my third blackout of the day. I asked him what he had to eat or drink all day, and he just called me a pussy then tried to buy a Thrice shirt off me with three crumpled up singles. I don’t even think they’re on the lineup. Anyway, we gave him some intravenous hydration and sent him on his way. I think he’s going to be in for a rough morning.”

Lynch is adamant that Day 2 will not be a repeat of Day 1 and plans to only consume alcohol that is 10% ABV and under.