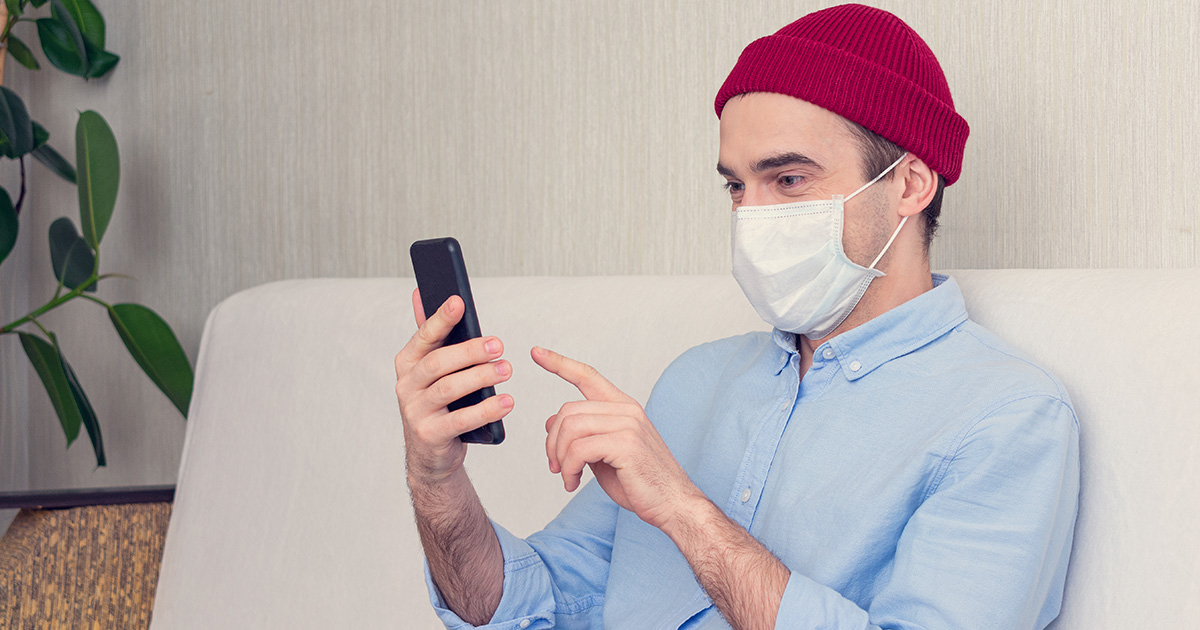 NEWINGTON, Conn. — Diligently safety-conscious man James Sadler is staying vigilant about social distancing practices, unless his recent Tinder match is interested in going over to his place.

“I wear a mask and gloves everywhere, I stay six feet apart from people, and no one is allowed in my apartment… unless of course, this girl I just matched with is down to clown. Then, whatever — let’s do the thing!” Sadler stated while messaging his latest Tinder match. “The last thing I would ever do is put anyone in danger and risk exposing others or myself to this virus, but if boning is on the table, you’ve gotta make exceptions. Always prioritize getting it in. Otherwise, it’s like the virus has already won.”

Cara Merkin, Sadler’s Tinder match, said she would “under basically no circumstances” go to Sadler’s apartment.

“Dudes’ apartments are already so gross that I try to spend as little time in them as possible, and now add this pandemic? Yeah, no thanks,” she said while scrolling through thousands of similar invites on Tinder. “I think we’re better off getting to know each other through chatting anyway, so I’m fine to wait a little bit to meet in person… unless of course he has a giant dong. Then I can be there in like, five minutes.”

Sadler’s roommate Gary Chin, however, is entirely opposed to it.

“We are not supposed to have people over — that’s the whole point of the social distancing. It’s like he doesn’t understand how this thing spreads,” Chin added while adjusting his mask and re-washing his hands. “My cousin hooked up a few weeks ago, and now he’s dead. And they didn’t even do any butt stuff, so like, totally not worth it. There is no way James is bringing a girl over during this pandemic… unless of course, she has a friend for me. Then, yeah, I’m on board.”

At press time, Merkin confirmed that she and Sadler did end up hooking up, and though she did get sick from it, it wasn’t COVID but rather a perfectly treatable STD.