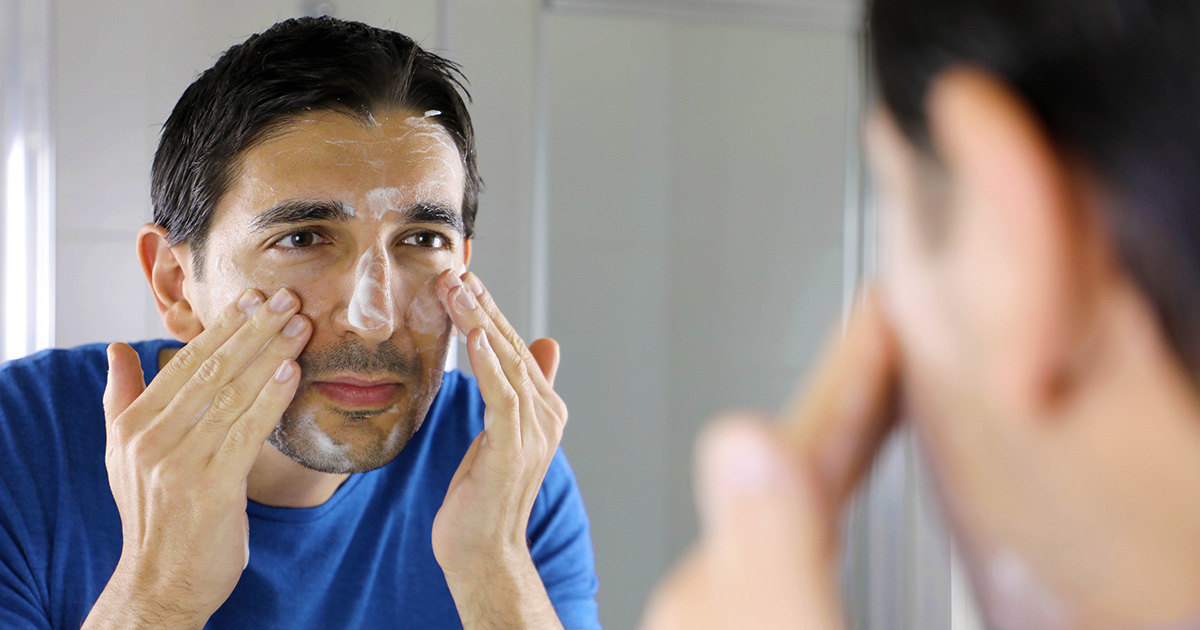 CONCORD, N.H. — 32-year-old house sitter Ervin Holt discovered the benefits of a nightly face washing routine last week after helping himself to a wide array of never-before-seen cleansing products from a recent job.

“I can’t believe I waited this long to attend to my face at night. I thought it was just a trend before… like wheatgrass, or flossing,” Holt said while applying a pea-sized amount of iS Clinical Cleansing Complex to his cheeks and forehead. “My new routines have completely changed my life, not just my face — I’m making better choices in every facet of my reality. Self-love starts with self-care. I’m pretty sure the Buddha said that. It’s truly amazing.”

However, Holt’s friends were less convinced that his addition of a simple nightly practice is making much change in his other habits, or personality as a whole.

“I mean, his pores look great, but he’s still an asshole,” said close friend and roommate Paulina Rowe. “Now he’s shifted his mansplaining to facial care, which is something I’ve been doing for decades. Also, his room is still a nightmare, and hounding him for rent has gotten even worse because he’s spending all his money on Lotion p50 and hand-carved gua sha tools. On the plus side, the bathroom sink and mirror have never been cleaner, and the shower somehow smells like eucalyptus all the time.”

The homeowners from his most recent sitting gig, Hank and Gregory Espinoza, are happy for Holt’s newfound healthy habit, but did not expect to take such a financial hit from his stay.

“We’re glad we provided him with the keys to discover better self-care, but we calculated that he used about $237 worth of product in our house,” Hank Espinoza said. “He finished our Tatcha Essence, our Kiehl’s Overnight Hydrating Mask, and even our super-pricey Giorgio Armani Prima Oil-in-Gel Foaming Cleanser. Thank God he didn’t find the Vintner’s Daughter shit in my nightstand, or we’d have to take out a second mortgage.”

After finishing the sitting gig, Holt planned to start a YouTube channel surrounding his nightly routine, which he quickly abandoned after forgetting to wash his face once.