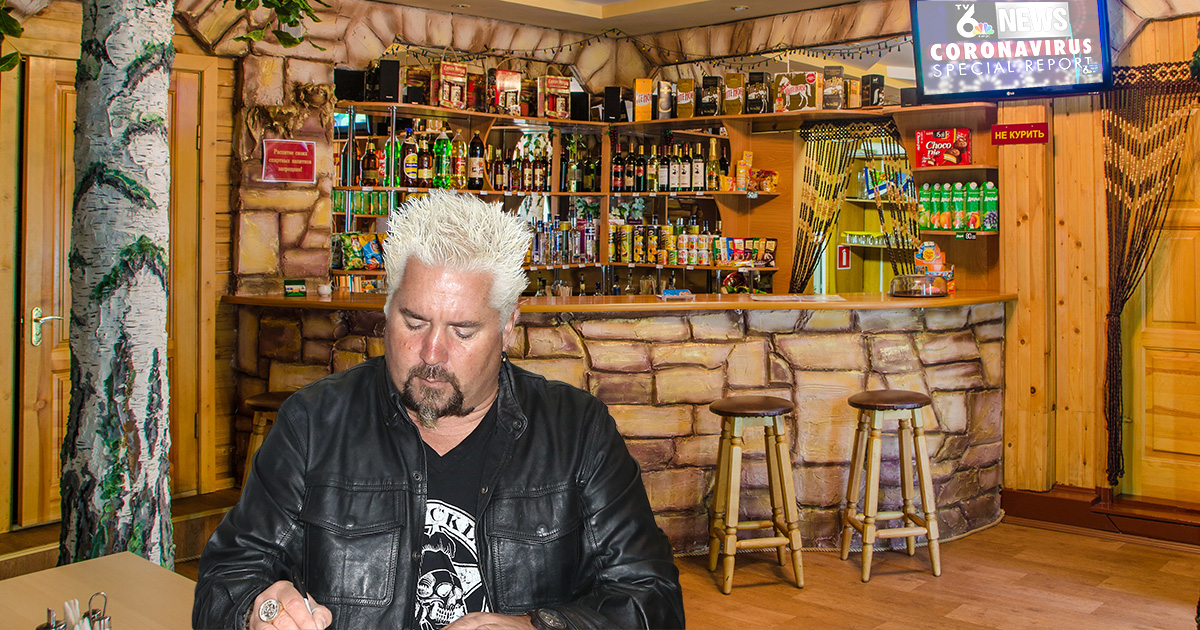 FLAVORTOWN — Celebrity chef and T.V. personality Guy Fieri was placed under unexpected quarantine due to the coronavirus after arriving in Flavortown this week, bomb-ass sources reported Friday.

“I was expecting yet another tasty trip down the highways of America,” said a dazed and malnourished Fieri. “I love Flavortown — they’ve given me the key to the city three times — but being stuck here is kind of miserable. All I want is a glass of water, and people in straw cowboy hats keep giving me spicy Bloody Marys and Banh Mi taquito platters… and it doesn’t look like anyone is gonna be running out of supplies anytime soon. It’s almost worrisome.”

“Listen, I realize not everyone can hang with the Flavortown lifestyle: some folks just want to stop by for a drink and some Lava Sausage Poppers. But I expected more of Guy,” Slamma said. “Do you know about the three keys to the city we gave him? That’s not nothing. He should be able to get down and turn the frown upside down until this sitch gets resolved. Instead, he’s whining about how he ‘wants a salad without nachos on it’ or whatever. Most of us don’t even know what he’s talking about.”

Most residents are taking the situation in stride, however, and Flavortown’s Mayor Blast Chiplark emphasized that the situation was well under control as the CDC monitors the area.

“The citizens of Flavortown understand we have to make sacrifices, just like our residents made in World War II — which is why were implementing a strict, three margarita limit to maintain supplies,” said Chiplark, pulling his mayoral gold chain that reads “Freaky Tzatziki” out of his flower-print shirt. “Back then, folks had to ration their Dorito Panko breading and Appletini mix for the good of the war effort. There’s no timeline for when Flavortown residents can leave the colorful and explosively delicious city limits, so we all have to make sacrifices. Know what I mean, jelly bean?”

At press time, Flavortown residents were leading a shrimp cocktail parade down Main Street, while Fieri was spotted outside Mama Maddie’s Hot-Sauce Hut begging residents for a vegetable that hadn’t been soaked in alcohol or nacho cheese.