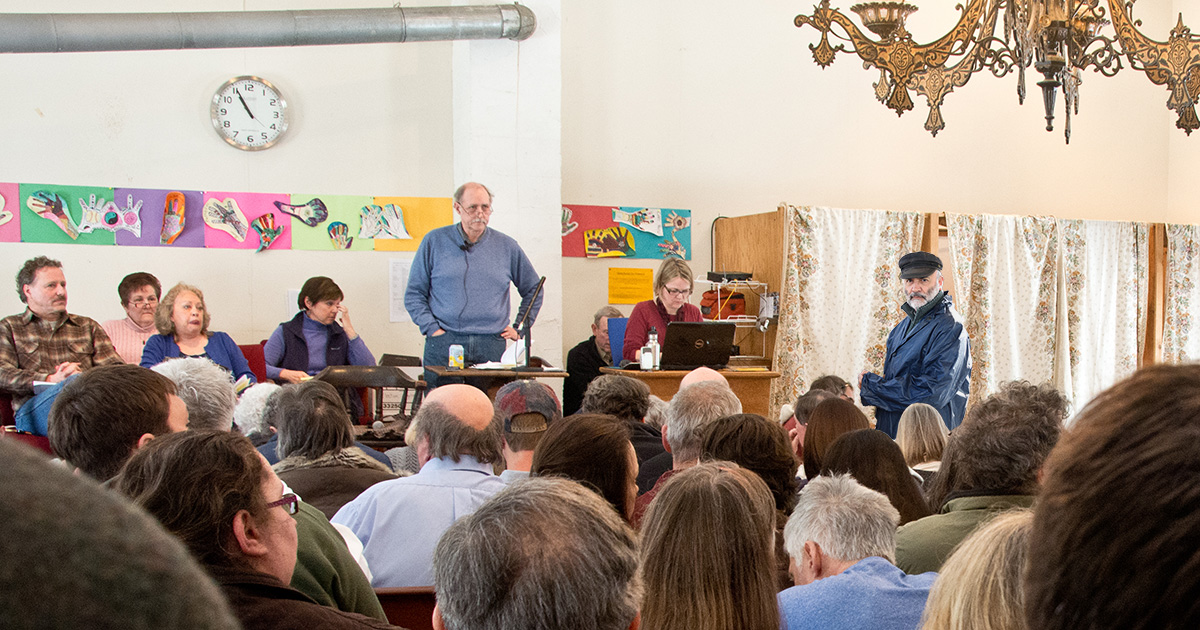 “There were a few murmurs and a small commotion from the back row — that’s when we noticed the old sailor scraping his fingernails down the front of the TV monitor we use to track the meeting minutes,” said Edgartown Mayor Steve Dixon. “It wasn’t really making any noise, so he started making the screeching sound with his mouth. That man looked rougher than the paws of a Hyannisport stray cat; you could tell he meant business.”

Resident Roberto Hinojosa was voicing his concern about the spread of COVID-19 among the town’s drunken, skinny-dipping teens when McGill interrupted.

“This guy started going on about how we know him and how he earns a living, and says he could kill the coronavirus for us,” Hinojosa recalled. “He wasn’t even wearing a mask, and he sure as shit doesn’t look like he washes his hands regularly. What the fuck does this guy know about infectious diseases? Last I saw him, he was banging the side of a battery tester at the AutoZone before the kid managing the store chewed him out.”

McGill, clad in a peacoat and fisherman’s cap despite the 95 degree heat, sat perched on a wooden chair in the back of the chambers, staring straight ahead and tossing saltine crackers into his mouth as he laid out his proposal in frustratingly vague terms.

“If you want to stay alive, then ante up — if you want to play it cheap and assume it’s all a liberal hoax, be on welfare the whole winter,” McGill added before being chided for speaking without having signed up with the clerk.

At press time, McGill had reportedly been eaten by a shark after renting a paddle boat.