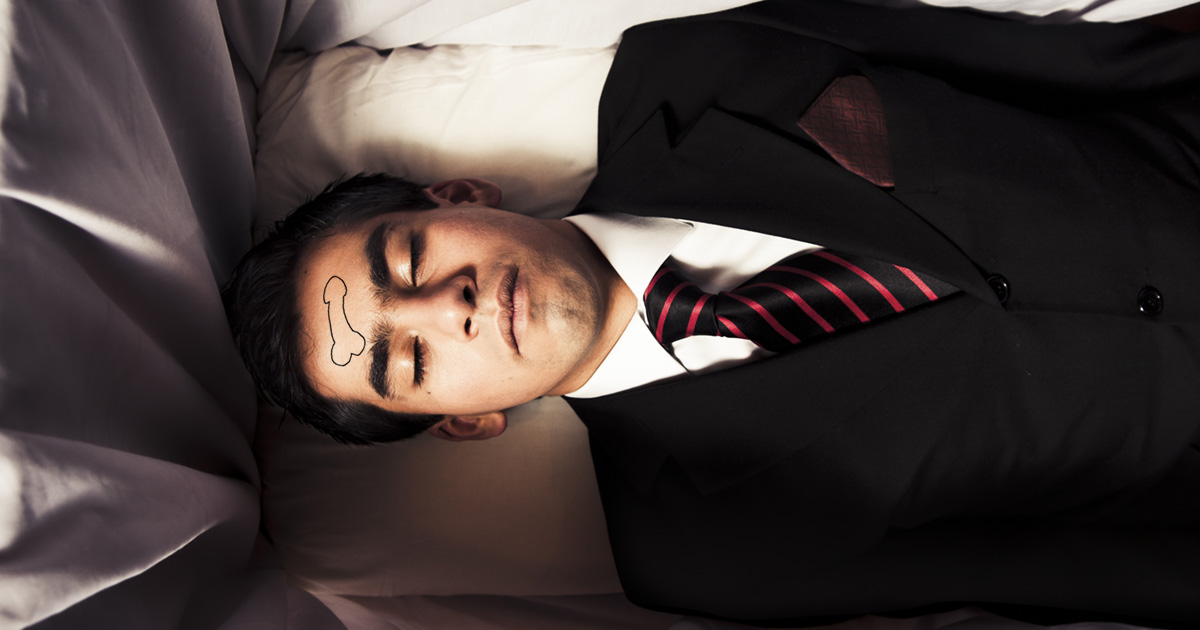 “When he first auditioned for us, he had ‘Call Me Ball Sack’ written on his forehead in marker from the night before… he didn’t even try to cover it with a beanie or anything,” said Chump Rope bassist Berto Guerrero. “He was so giving like that — always getting shitfaced and leaving himself open and available for young punks to express their artwork. Godspeed, Ball Sack.”

The remaining members of Chump Rope opted for the one, final penis drawing over a eulogy — a tribute they felt most befitting of their late band member.

“It was just too weird to see him like that — completely lifeless, without even a mustache or the phrase, ‘Put dick here’ with an arrow pointing to his mouth,” noted Chump Rope guitarist Mischa Flores. “He was such an asshole when he was awake, but so quiet and tame once he passed out. I guess heaven’s got another angel to draw shit on after he pounds an entire BuzzBall sampler pack and tries to jump through a table.”

The undertakers’ report noted Bolen had an abnormal amount of crudely drawn genitalia covering most of his body when it was prepped and cleaned for his open casket funeral, sending him into the afterlife as a “fresh canvas.”

“His mother and I have always secretly known he was a lightweight, but we just couldn’t bring ourselves to accept it,” said Terry Bolen, the deceased’s father. “Today, after seeing this final wang on Johnathan’s precious face — along with the joy he brought to so many of his friends and peers — I think we’re finally at peace with his weak-ass lifestyle. Goodnight, prince…. my sweet, sweet Ball Sack. I hope St. Peter has a thick Sharpie ready.”

The service concluded with Bolen’s final wish: that his casket be filled with ice and “plenty of brewskies,” which attendees eventually drank and called Bolen’s ex-girlfriends in tribute.