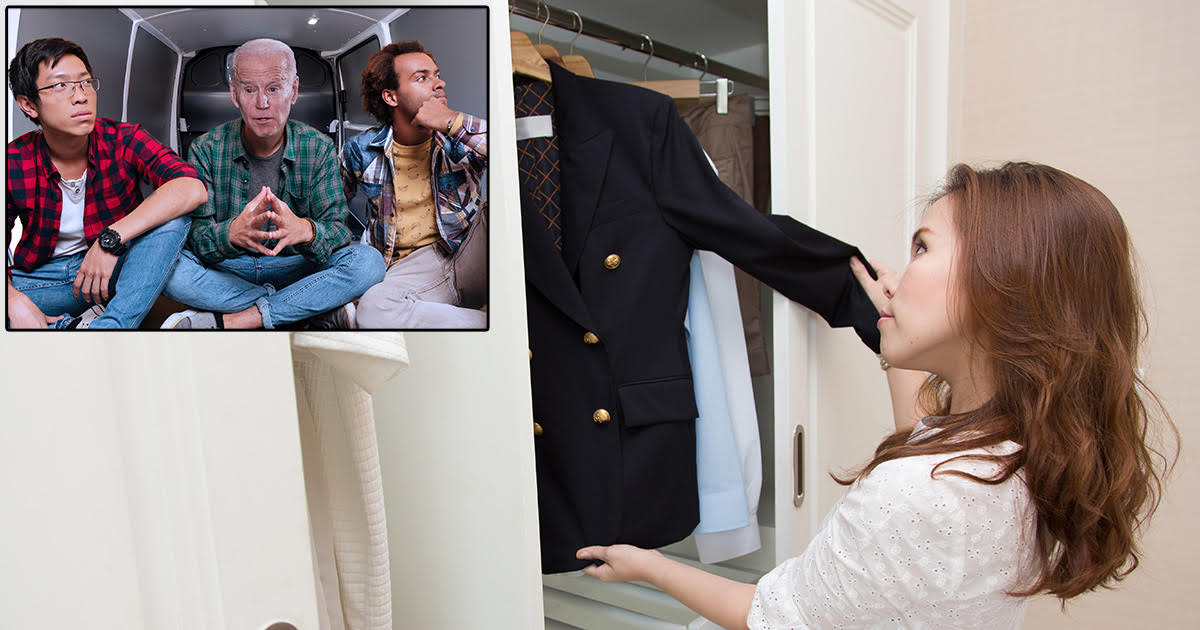 “The American people have every right to see what was inside Joe Biden’s spring break ‘bro down palace’ from summer ’08,” said Trevor Meeks of the conservative group “Spring Breakers for Freedom” and former showrunner for MTV’s unsuccessful “Room Raiders: Old Guys at Rehoboth Beach” edition. “Does America really want a president like Biden, who keeps an ungodly stash of stag films under his bed? And the less said about ‘Uncle Joe’ raiding the female contestant’s panty drawer, the better.”

However, the Biden campaign maintains that the episode was heavily edited and presented an unfair depiction.

“MTV told the story they wanted to tell, not the truth,” said Elena Thorn, media director for Biden’s campaign. “They painted Joe as a guy who allegedly had a good body because there were weights in his room and threw it away because he was too much of a party boy, complete with beer cans all over his floor. Furthermore, this is classic Republican whataboutism — it’s well known that Donald Trump was a contestant on the TV show ‘Next’ in 2002.”

“I thought it was super weird that all the other contestants were in their early 20s except for this one creepy old man with a bad combover and spray tan,” said the now 38-year-old Forsythe of her encounter with Trump. “Before he even said ‘hello,’ he told me how much I looked like his daughter and tried to kiss me and clawed at my crotch. Obviously, I shouted ‘next’ right away… at which point he started ranting about how I was ‘low IQ’ and a ‘nasty pig.’”

With the news of the blackmail tape, Biden’s campaign team is working hard to ensure that his previous appearances on the reality shows “Singled Out,” “Cheaters,” and “To Catch a Predator” never see the light of day.