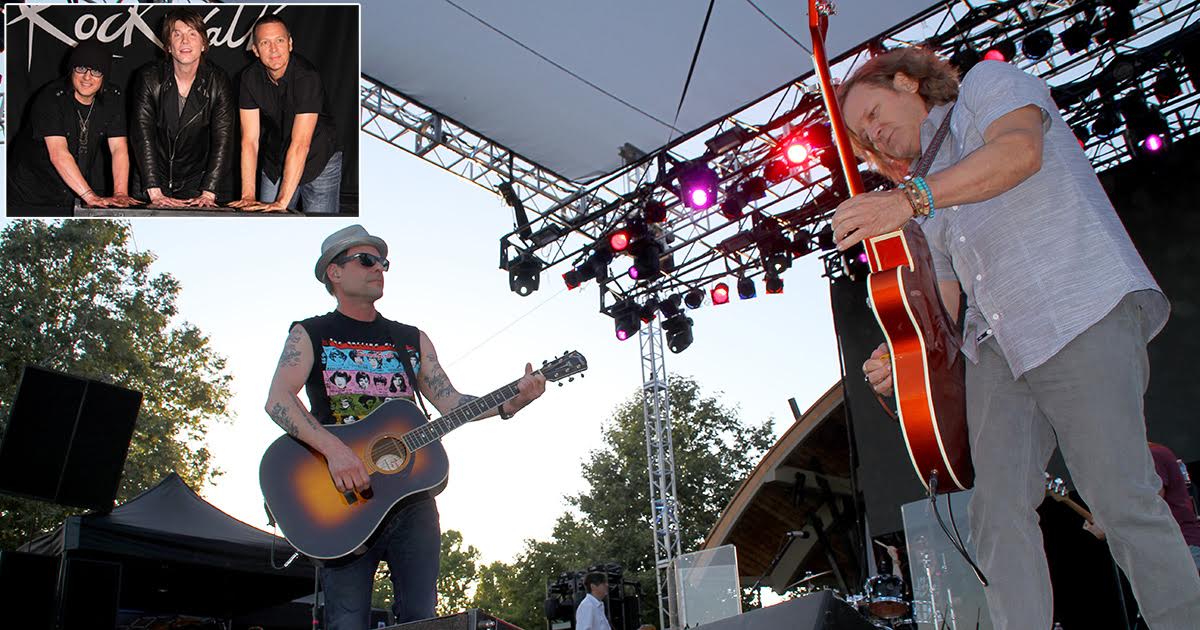 ROCHESTER, N.Y. — Concertgoers were unfazed at last night’s Gin Blossoms show when the band played an entire set of Goo Goo Dolls songs instead of their own, attendees who “honestly didn’t even catch that” confirmed.

“Oh, man. What a great show,” said concert-goer Randall Ridderhoff. “My wife and I don’t get out very often anymore, but to see these guys play all those songs we fell in love to all those years ago, we couldn’t have asked for a better night out. I mean, ‘Slide,’ ‘Name,’ that Nicolas Cage movie song… they really brought it tonight, and didn’t hold back at all. Can’t wait to tell the kids about it when we get home… not that they’ll understand or care.”

“It was just an idea we had — to sort of pay homage to friends of ours, and also see if the audience is even paying attention,” Wilson explained. “Everyone seemed to enjoy the show, despite us not playing a single one of our hits, or any of the six album’s worth of songs we wrote, at all. I’m not sure what that says about us, our fans, or light rock music made in the ’90s, but we’re glad everyone came out and had a nice time.”

While the set was mostly comprised of the Goo Goo Dolls’ discography, Gin Blossoms further wowed the crowd by expanding into other similar-sounding hits from that time.

“The thing I love about coming to a Gin Blossoms show is that they start rolling into the setlist, and you look around and people don’t realize how many hits they actually had,” said Laura Linder, a fan of the band since 1991. “Sure, everyone knows the hits like ‘Breakfast at Tiffany’s’ and ‘Closing Time,’ but then they play ‘Roll to Me’ or ‘Counting Blue Cars,’ and it’s just jaw-dropping. They really need to get the respect they deserve.”

At press time, a dart landing on Collective Soul’s spot on a Billboard Top 100 chart from 1996 had determined the band’s next set.