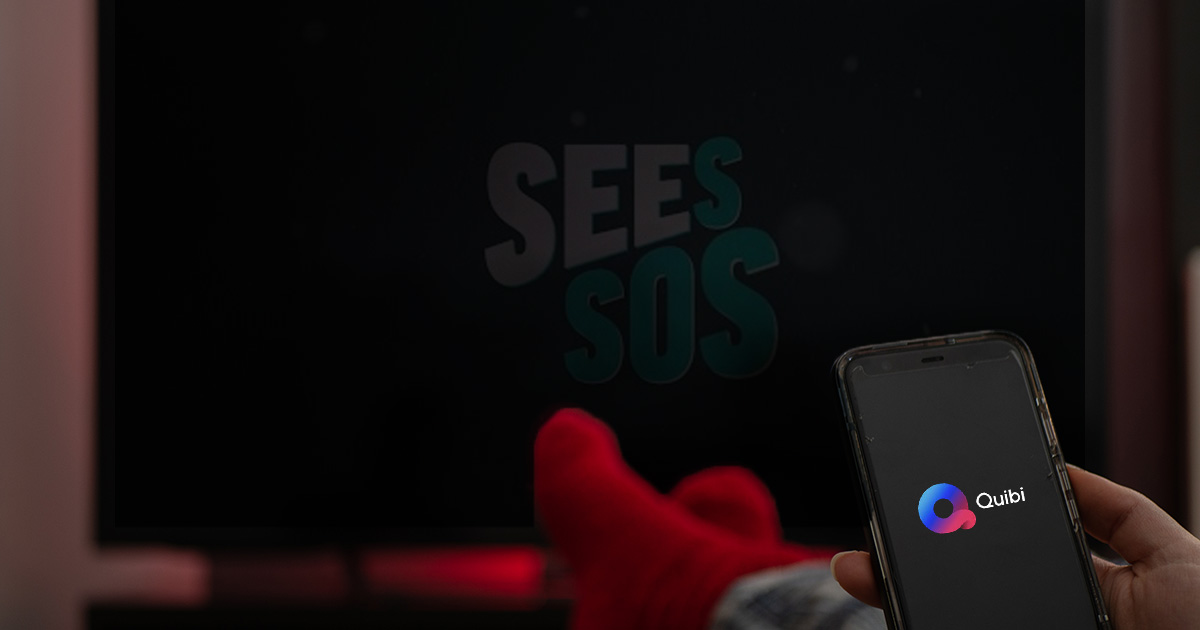 “I had no idea what the fuck was going on. I’ve never even heard of SeeSo,” said Quibi to no one while being ignored by everyone in the world. “This ghost appeared where an ad for ‘Murder House Flip’ was supposed to be, and told me I was only destined to last as long as an episode of the ‘Reno 911’ reboot — that I was dead before I was even uploaded.”

“It’s unnerving,” the app added. “I mean, my creators put almost $2 billion into me. There’s no way in hell this SeeSo ghost knew what they were talking about, right? I’m pretty freaked out. I never wanted this. I didn’t ask to exist.”

“Quibi’s nice and all, but in the age of 85” 4k televisions, why in the hell would anybody want to watch content exclusively on a tiny phone screen?” said Hulu. “Even worse, there’s absolutely nothing original on their network. Shortened reboots of beloved classics? Who is this even for? Quibi ain’t nothing but a bougie YouTube.”

Jeanine Duncan, one of the eight monthly Quibi subscribers who didn’t immediately delete their account after the free week trial, offered a viewer’s perspective.

“In addition to being a Quibi subscriber, I also am a medium with the ability to communicate to dead streaming services and TV networks,” explained Duncan. “I recognized my gift back in 2007 when the ghost of WB took the form of a frog with a top hat, pleading with me to help get ‘Moesha’ and ‘The Parkers’ back on the air. And yes, I have spoken to SeeSo, and I believe Quibi should heed it’s warnings. If solid programs like ‘HarmonQuest’ and ‘Hidden America with Jonah Ray’ couldn’t save SeeSo, what hope does some lame phone app have?”

Quibi’s handlers have since convinced it that the supernatural SeeSo visit was simply a stunt orchestrated by Chance the Rapper for an episode of “Punk’d.”