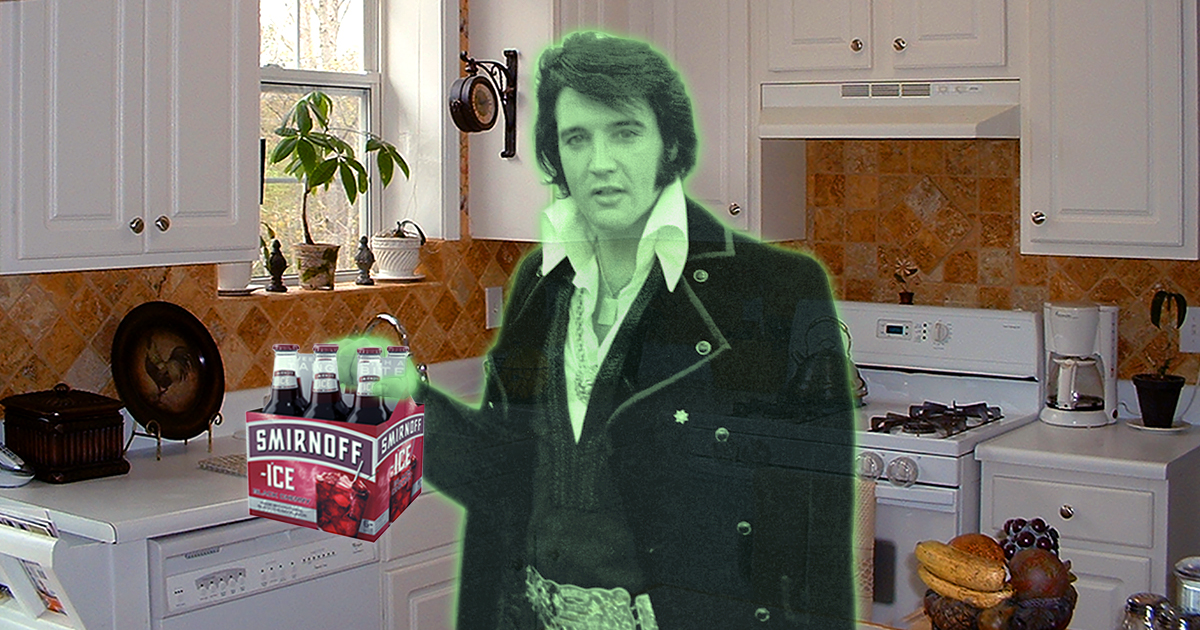 MEMPHIS — Classic reality TV series Ghost Hunters and To Catch A Predator aired a primetime crossover event earlier this week, during which they entrapped the disembodied spirit of Elvis Presley by posing as underage girls online.

“I can’t believe I got to meet the King of Rock and Roll himself!” said Ghost Hunters producer and star Jason Hawes on the lawn of “Graceland,” Presley’s 14-acre estate. “Honestly, it took all my strength not to ask him to play ‘Heartbreak Hotel’ right then and there… but I didn’t want to give a platform to someone who indisputably took advantage of countless underage girls throughout his career. Plus, we didn’t have a guitar on set.”

The TV special captured the moment Elvis followed an undercover actress into a kitchen, holding condoms and fried peanut butter-and-banana sandwiches, only to be confronted by To Catch a Predator host Chris Hansen.

“I could tell he was pretty agitated,” said Hansen. “When I asked him if he was ‘Hounddog69,’ he did a three-minute karate routine before finally giving in and sitting down. Really, the fact that I was interviewing the glowing specter of a man who died in 1977 was the least disturbing part of this whole thing.”

Despite being caught, fans on social media have come out in support of the late entertainer.

“Obviously, they faked it using holograms,” said Facebook user Todd Baeur III. “The Elvis that showed up for the bang sesh was fat Elvis. There’s no way the ghost of Elvis chooses to look the way he did the night he died on the shitter — ghosts can control how we see them. Do the producers think we’re stupid? That undercover actress wasn’t even hot.”

Hawes and Hansen say they will enjoy the success of the special while it lasts, but fans shouldn’t expect a future for the crossover series.

“It was a great idea to come together to catch a celeb, and we really pulled it off,” boasted Hansen. “But Presley died 40 years ago, and fans and the media are just now starting to talk about how much of a shitbag he was. The way I see it, that’s just not a viable timeframe for producing a TV show.”

“Although, if Drake could hurry up and pass on, that might be a pretty successful episode,” he added.