Funyuns and Shasta Left Out For Weed Guy 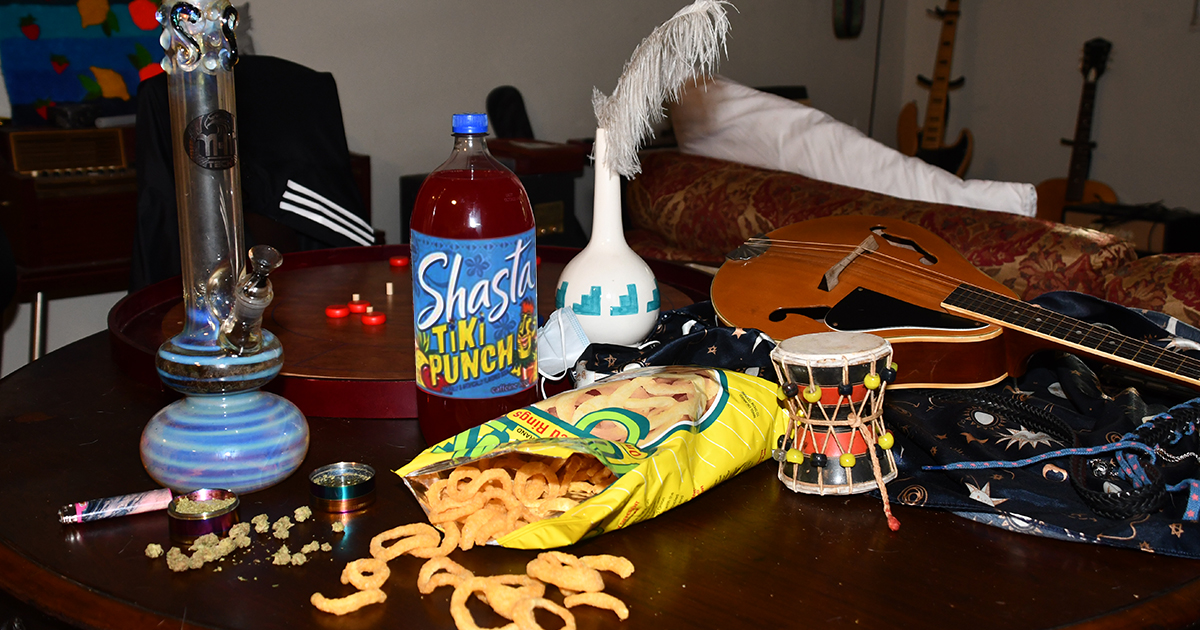 BOULDER, Colo. — Potheads across the country are leaving out Funyuns and Shasta for the weed delivery guy as he brings marijuana to all the stoners who have been good this past year, sources report.

“I really hope he drops by tonight and gets me that Watermelon Kush I asked for. I’ve been pretty good this year, so I’m optimistic,” reported one local stoner. “He’s probably got a ton of houses to stop by which is probably why he’s not calling me back, so I figure he’s going to be hungry. The store didn’t have Faygo, but this is just as good. They say he won’t come by until you’ve nodded off on the couch, but I’m so excited for tomorrow, I don’t know how I’m going to get any sleep.”

“I’m just worried that if he thinks I’ve been bad he’ll leave Delta 8,” he added.

Experts state that this is one of many traditions associated with the myth of the Weed Guy that cannabis enthusiasts partake of.

“While Funyuns and Shasta are a popular snack to leave out for the weed guy, the food of choice can vary by region,” noted Scott Beall of Benzinga. “In Maryland, stoners typically leave out Utz Crab Chips and a 40 of Natty Boh, while in California it might be Green Juice and Paleo Puffs. My household’s tradition has typically been Pizza Rolls and Gatorade. When you’re going around the world in one night, you’ll need that protein and the electrolytes for energy. Soda will just make him sluggish and keep swearing he’ll be there in ten minutes.”

When asked for his thoughts on it, the Weed Guy appreciated the gesture but said it wasn’t necessary.

“I don’t eat processed food or refined sugar, so I tend not to eat the stuff people leave out,” he stated. “I’ve got a shit ton of houses to get to and my bike is constantly fucking up so I don’t get high while I’m working, so I’m not really all that hungry anyway. I might take a sip or a couple nibbles as a thank you just so people’s feelings aren’t hurt.”

At press time, most snacks had been consumed by the people who put them there as they realized they should have left them out yesterday.