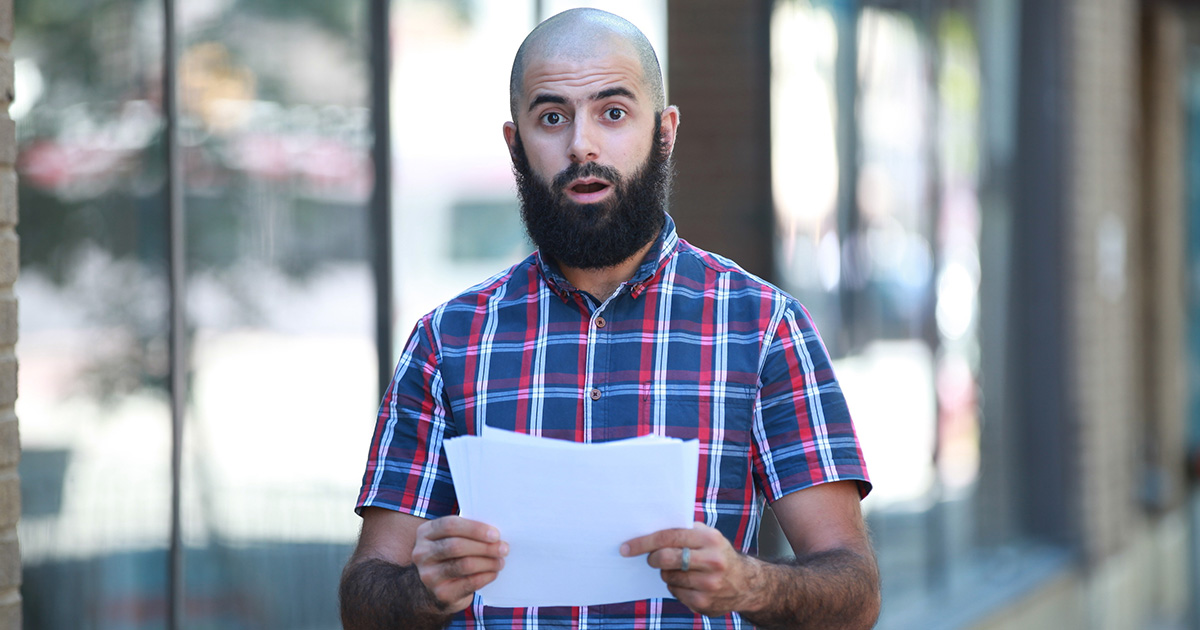 PHILADELPHIA — Adam Lyons, the lead singer of local band Krawlspace, was deeply offended yesterday after finding a kill-list written by a deranged super-fan with Lyons’ name in third place, sources worried for the musician’s safety confirmed.

“We were in band practice reading the list and laughing at it, whatever… and then Adam got really quiet,” explained drummer Tiana Brotman. “At first I thought he was scared, which is super understandable — this guy definitely knows who we are and lives here in Philly, and in the list he gets pretty specific about making our drummer Troy [Mendes] slowly bleed out in the bathroom of our favorite venue. When I tried to lighten the mood, Adam fucking lost it and said we should take ‘this insult to him’ very seriously.”

Lyons claimed he’s “not scared, it’s actually hilarious,” but his concern is more for the mental health of his would-be murderer — who Lyons observed is “clearly so unstable that he put Troy’s name higher than mine” on the list of people to violently murder.

“It’s super unnerving. We’re not a band with a big following outside our scene, so you just never expect to end up on a list like that,” Lyons said. “Especially with my name two spaces below Sonic the Hedgehog, but five spaces above Jeffrey Epstein. What’s the fucking logic there? I seriously think I should buy a gun.”

Dr. Keira Hodel, a behavioral psychologist who specializes in online bullying, was only mildly concerned by the kill-list threats, noting that the post was actually written more than a year prior.

“The threat doesn’t seem immediate… but I’m more worried for this Adam Lyons fellow. He sounds like he’s expressing some deep insecurities in an unpredictable way,” Dr. Hodel explained. “With frontmen, there’s a tendency to lash out, burn bridges, and in extreme cases, record lo-fi chillwave EPs on their own. I hope he’ll respond to the emails I’ve sent. I’d like to talk to him before this escalates.”

According to reports, Lyons is on his fourth straight hour of writing a blog post of his own, detailing the toxic nature of fandom and which fans, in particular, most deserved to “get merked.”