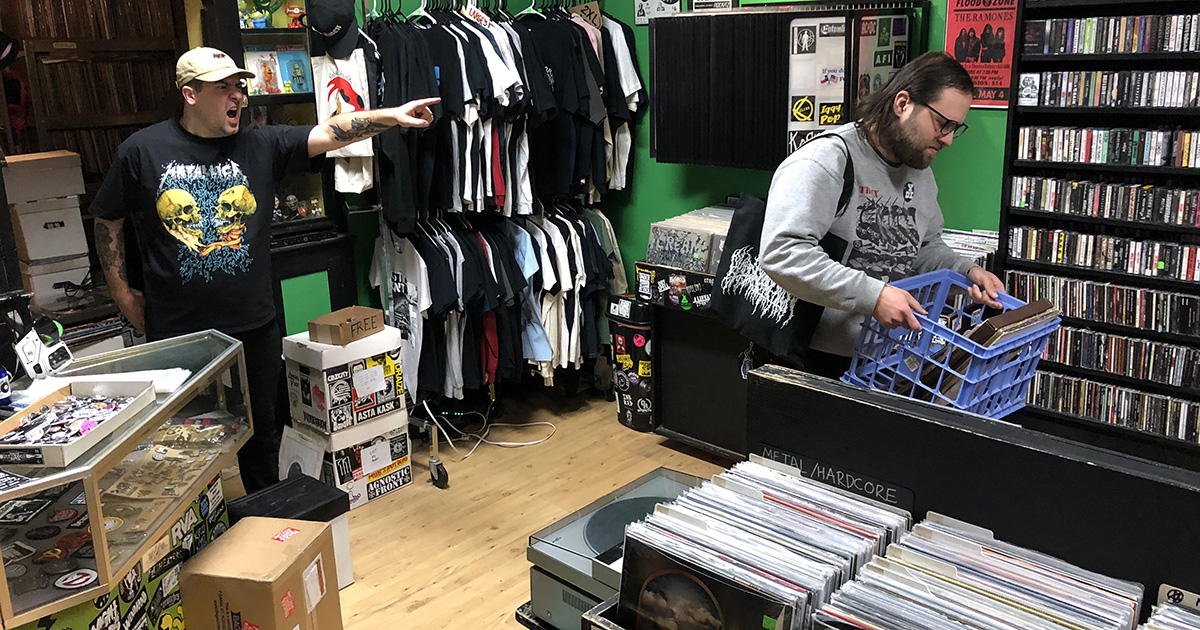 “It’s about time they ditched that brown-nosing little fuck,” proclaimed former co-worker Madison Cowley. “I always dreaded working with him — he had to act all high and mighty, just because he knew of Kim Gordon’s next project, or what I should listen to next if I liked the score to ‘Chernobyl.’ He was always on time, too, and he never complained! One time when I was supposed to relieve him, I was about two hours late, and when I got there he said he didn’t even notice.”

“Seriously, fuck him,” added Cowley shortly before spitting directly on a pile of new records.

Taylor’s other offenses included properly and promptly unpacking inventory, showing up on time, and not insulting the customers.

“What Jimmy didn’t realize is that record stores aren’t supposed to be some community hangout,” stated owner/manager Rick Buckley. “Between him organically pushing new merch and increasing sales, it seemed like I was always doing the books, or ordering new inventory. I didn’t open up a record store because I like people and wanted to see them on a daily basis — this venture is explicitly to get away from people.”

While Doc’s staff seems to be pleased overall with this development, the community as a whole has chalked Taylor’s firing as a devastating loss.

“I always hated going to Doc’s, but Jimmy made it tolerable,” noted local musician/artist Kate Pierson. “I don’t know what they were thinking. I could spend hours talking music with him, and I discovered a lot of new stuff through him. The rest of the staff all come off as pretentious hipster posers who saw ‘High Fidelity’ one too many times. Sometimes I used to just make up band names and listen to those idiots declare them ‘passé.’”

Sources report that while Taylor was disappointed to leave Doc’s, he has already found a new job at a cocktail lounge, where he could share his love of beer and creative drinks with people who consider Blue Moon craft beer.