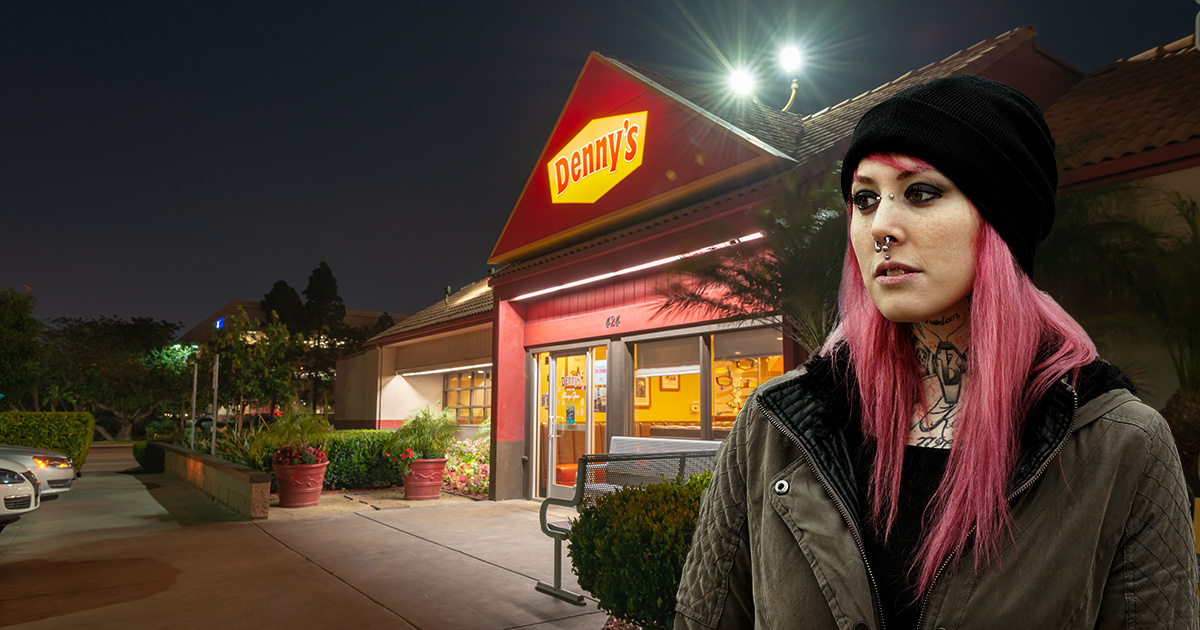 LANGHORNE, Pa. — Local clueless friend Jordan Schmidt overlooked the lifelong trauma of being dumped in the smelly black hole of a Denny’s parking lot by continuously telling her heart-broken friend that her pain will eventually subside, appalled sources confirmed.

“I’m a total empath, and even though I’ve never remotely been traumatized by anything in my life, I get it,” said Schmidt as she sews ‘this too shall pass’ onto a pillow. “Sure, the worst thing I ever went through was not winning Miss Teen Bucks County sophomore year, but that taught me how to be resilient. If you still have PTSD from some painful event, then maybe you should try being more grateful. I mean, it sounds like they had three wonderful months together, and who doesn’t love a Grand Slam?”

Schmidt’s best friend, Emma Danner, is still re-cooperating from the thoughtless advice she received after getting her heart destroyed next to a Denny’s dumpster.

“Until she experiences the pure agony of being humped and dumped in a Denny’s parking lot, she will never understand the full depth of human sorrow,” said Danner. “Every time I bring up my break-up, she tells me that I just need to meditate more and the pain will pass. Well, it’s been six months and the sheer shock of being deep-sixed after my lover and I had just split the Supreme Sizzlin’ Skillet together may never subside.”

“The loser that dumped that sweet girl had more grease in his hair than our Wild West Omelette,” said Ricky Turner. “He pushed her out of his pick-up truck and then drove away without even letting her keep the leftovers. It’s bad enough to have someone hit it and quit it outside of Denny’s, but to be genuinely grieved over some fake cowboy? That’s going to haunt her forever. Anyone telling her to just get over it clearly cannot relate to that level of eternal suffering.”

At press time, Schmidt was asked by a reporter what kind of condolences she would offer to a friend who accidentally ran over their own cat, to which she replied, “thoughts and prayers.”