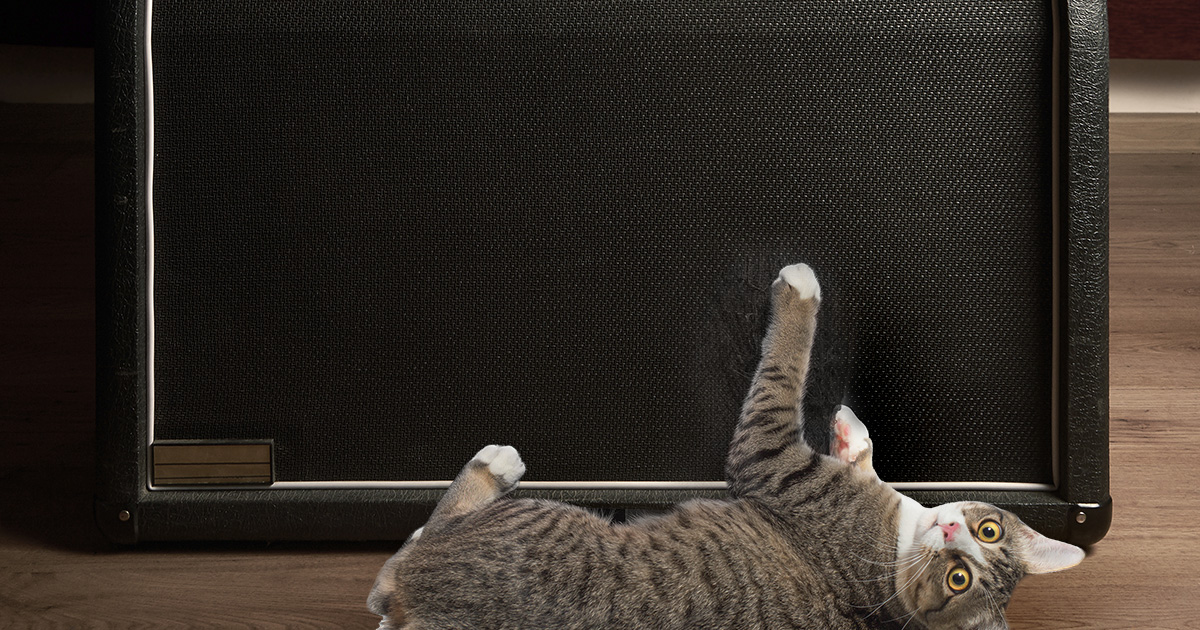 “I’ve stapled carpet to the wall, I’ve bought those cardboard scratchers and dumped cat nip inside, but she really loves tearing apart that amp,” said cat owner, Seamus Callahan. “Every time I hear her scratch it I’m reminded of my shattered hopes and dreams. I think she’s doing it on purpose to make me feel bad about quitting my band. Granted, I never plug the amp in anymore, and I usually just use it as a place to store plates while I play video games, but I might want to sell the thing someday. Now I’ll have to get the thing reupholstered and that can’t be cheap.”

Penelope believes that any surface in the house is fair game for her to scratch.

“This vintage amplifier is simply a must for my precious claws,” said Penelope right before knocking a glass of water off a desk. “It’s not like poor Seamus was using it anyway. Besides, after scattering his picks across the house and trashing his tweed guitar case, I needed more to satisfy my feline urges. This is squatter’s rights 101, if something is forgotten and in the house it becomes mine. I’ve paid my dues, having to listen to his pitiful attempts at playing guitar for years, I’ll show him what shredding really is.”

Veterinarian and renowned cat expert, Kaitlynn Klinger chimed in with her professional assessment.

“It’s typical for house cats such to want to scratch things around the house, and cats tend to instinctively know what will bother their owner the most when they scratch at it,” said Dr. Klinger. “This behavior is shown to mark their territory. The face of the amplifier is the perfect material for the cat’s claws and it is widely known in the cat community as a promoter of good paw health. Some people think moving an amp out to their garage might help, but that usually just leads to raccoons or possums using the amp as an enclosure to have babies.”

Penelope also announced plans to walk across her owner’s laptop which she hopes will lead to the “accidental” deletion of the solo synth project he’s been working on for months.