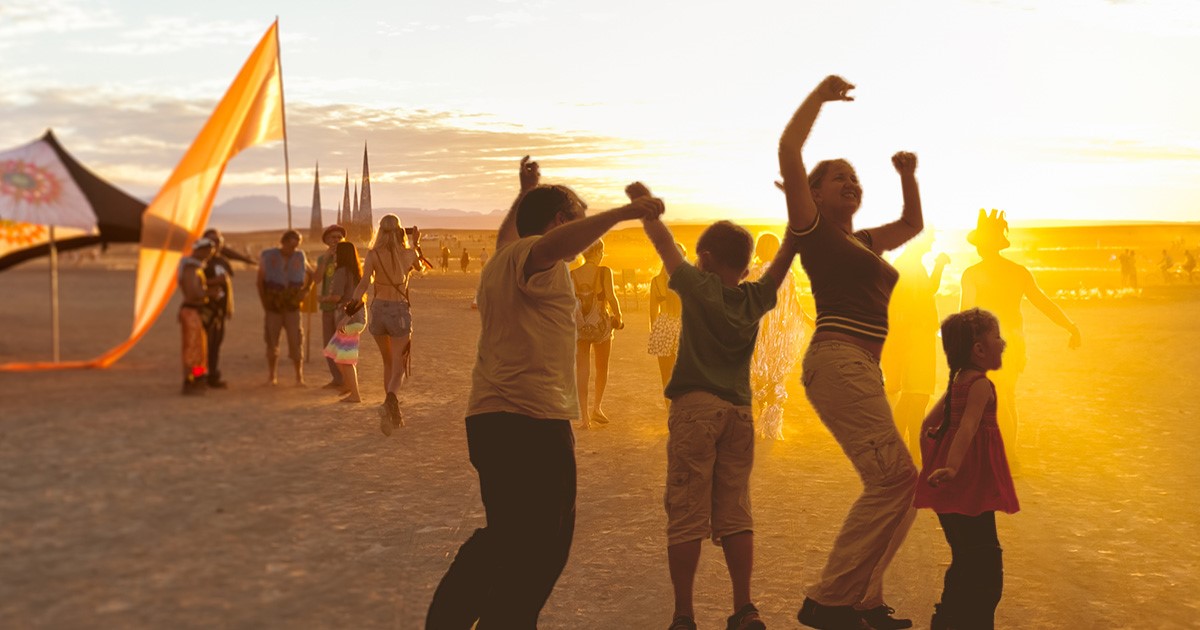 BLACK ROCK CITY, Nev. — The Felcher family entered into a world of horrors last night after their car broke down just outside of Black Rock City and thousands of barely clothed, heavily drugged Burners forced them to dance as currency in exchange for gas money.

“At first, I was just excited to see people… I mean, I thought we were completely screwed out here in the middle of nowhere. But then all these folks climbed out of tents and trailers wearing feathers and gas masks. I was like, ‘Jesus Christ, how long have we been on the road?’” said Dan Felcher, who was driving. “I offered them some money, and they said, ‘Money is no good here — it’s a barter economy. So, dance. Dance until you can’t dance anymore.’ I wanted to keep my family safe, so I did what I was told. The music was awful, and the people were somehow worse.”

As for the Felcher children, 12-year-old Kyler was reportedly arguing with her brother Kaden over the last Kiwi LaCroix when their vehicle came to a rolling stop among the collection of geodesic domes, fire jugglers, and BDSM-themed advice booths.

“I thought we were going to be skinned and turned into wind chimes or something,” said the young girl, her eyes glazed from spending over eight hours in the desert hellscape. “I usually love to dance, but after this… I don’t know if I have it in me anymore. I can still hear the man with the five-foot-tall googly-eyes top hat laughing at us and yelling, ‘Faster, faster! Let the spirit of the playa consume you!’”

The Humanus Maximus Camp’s benevolent sovereign, Queen Veronika McDanger, eventually called a stop to the proceedings and awarded the family a small canister of gasoline.

At press time, a cloaked figure was playing David Bowie’s “Let’s Dance” on a calliope while approaching the Felcher’s hotel room, where they were recovering only a few miles from the camp.