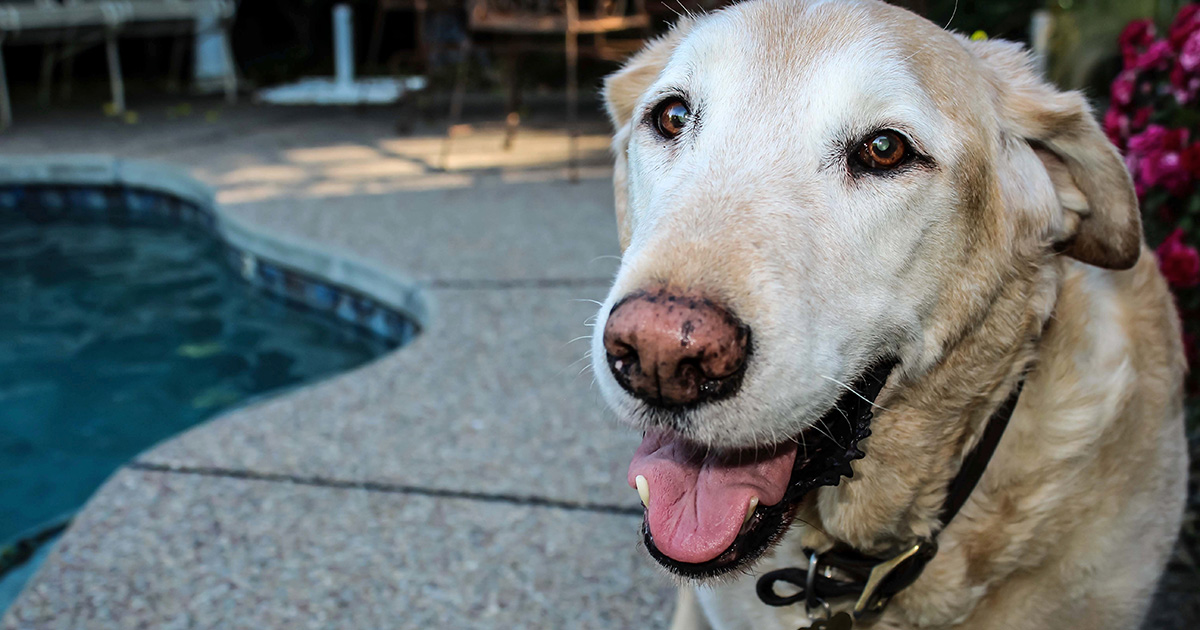 “It’s so great to have the old pooch back home, especially for our twelve-year-old Billy. He took it real hard when we told him that Slobby had gone to live on a farm,” said the pup’s owner and mother of three. “I assumed he’d be happy for the dog—getting to run around in fields and play with all the farm animals, you know? But instead Billy became very withdrawn, started dressing in all black and listening non-stop to some ghoulish singer called Nick Caves. Jeez Louise, it’s not like we’d told him the dog was dead!”

Barb Kingsnorth, the owner of upstate New York farm Verdant Pastures, was keen to clear up any confusion about the services they provide.

“Yes, we are a real farm, and yes, we will return your dog to you alive after their stay with us,” said Kingsnorth. “We’re aware that ‘living on a farm upstate’ can be a euphemism for deceased pets, but we are an actual farm that caters to not-dead city-dwelling dogs. Sergeant Slobbermouth, or Bodhi as he’d now like to be called, really benefited from his time at our farm. He switched to a Paleolithic diet, deleted his popular Instagram account, and didn’t kick the bucket at all. He returned home blissed, blessed, and—we can’t stress this enough—not in a coffin.”

Canine sociologist Gabrielle Ambrose questioned the benefits of these boutique dog farms that all just so happened to be upstate.

“The short-term effects are twofold. Firstly, a swathe of traumatic misunderstandings between parents and kids who have very different grasps on pop-cultural tropes,” explained Ambrose. “And secondly, a widening gulf between dogs that can and can’t afford to access these services. It would be reductive of me to call retrievers like Bodhi ‘spoiled’ or ‘insufferable’ or ‘the absolute fucking worst,’ but it seems reasonable to suggest that they should regularly be checking their labrador privilege.”

In related news, another New York couple informed their kids that their dog was not in fact dead, but in witness protection.