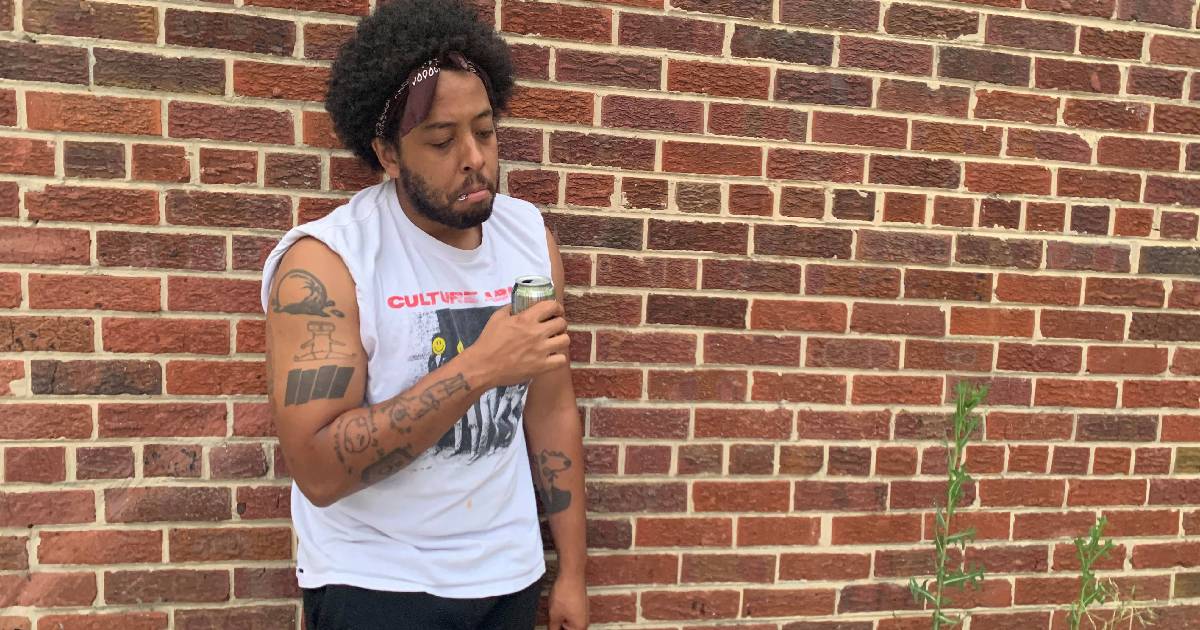 ARDMORE, Pa. — Small-town guitarist Aaron Haze removed yet another tab from his PBR tallboy moments ago while skirting around the topic of how much his ex hurt him, frustrated sources at a DIY show confirm.

“I’ve always removed the beer can tabs… especially when my ex Bianca, or my dickhead stepdad Rick, come up in conversation,” said Haze. “Maybe it’s an anxious habit or something. I dunno, it’s just sort of something I’ve always done. It’s probably how I got this scar. Why are you asking? Just because you’re being nice to me, doesn’t mean that I have to tell you my entire life story. You wouldn’t understand anyway.”

“He used to at least be willing to talk about how he got made fun of for his dyslexia as a kid, but then he had a mental breakdown and bleached his hair blonde and started listening to Porches,” reports Haze’s ex-fling Cindy Meyers. “After that, he started recording lo-fi EPs, talking over women, and removing beer can tabs, even when it wasn’t his beer. One time I saw 10 of them spill out of his wallet, but when I asked him what was wrong, he just looked off into the distance, and then chain smoked in silence when I started crying.”

“I can tell by how he calls cigarettes ‘bogies’ and ignores girls who he invited to his own show that he has a dismissive-avoidant attachment style,” said Kay. “I used to feel bad for him, because the sheer amount of beer can tabs he fiddles with shows that he’s got a fuck-ton of repressed emotional damage. But last night he fed me some sob story about his heartbreak just to scheme me out of hazelnut liqueur, so I don’t feel bad anymore.”

Haze has repeatedly refused to pick up the 30 crushed tallboys and several rolling papers he left on the show host’s back patio because he’s ambiguously “going through something” right now.