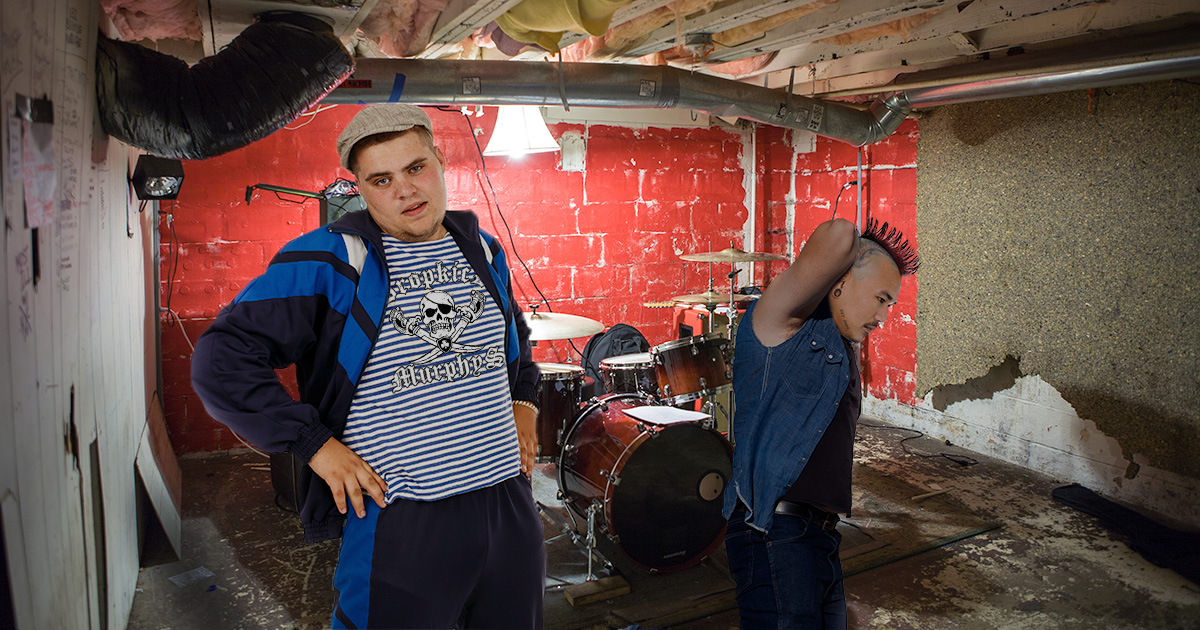 “We keep an eye on local punk venues to make sure there’s no funny business. And being a big Dropkick fan, I was the one for this assignment,” said McMullin, who listed his favorite tracks as “The State of Massachusetts” and “The Warrior’s Code.” “I grew up in Lexington — which is the heart of working-class Boston — so their music has always spoken to me. A lot of the guys on the force really like them, but this town is changing… which is why I’m out on this task force. Most of the people we arrest these days have never heard of Dropkick.”

The arrest was made in the middle of a mosh pit during the set of local band Shit Habit.

“This assignment hinged on me not being detected, so I moshed to blend in. All of a sudden, some kid barreled into me, and I was on the ground… and that’s assault on a police officer, so I had no choice but to arrest him,” said McMullin. “And I just want everyone to know that if he didn’t launch at my knees, he would have never taken me down. Nobody beats me in the pit.”

Members of Shit Habit were caught off-guard, and struggled to resume their set after the arrest.

“It all happened pretty fast,” said Shit Habit rhythm guitarist Dylan Knoll. “One minute, everyone’s having a good time… then someone accidentally shoved this weird old dude, and he tackled the poor kid. I could barely hear the drums behind me over the shouts of, ‘STOP RESISTING! STOP RESISTING!’”

“McMullin is one of the finest officers on the force — he loves his job almost as he loves the bagpipe riff in ‘Shipping Up To Boston,’” said Chief Fitzpatrick. “Look, you may not like it, but he was keeping people safe. If he hadn’t broken that kid’s collarbone in self-defense, there’s no telling how many others could have gotten hurt.”

When told of his superior’s statement, McMullin replied with, “Go Pats!”