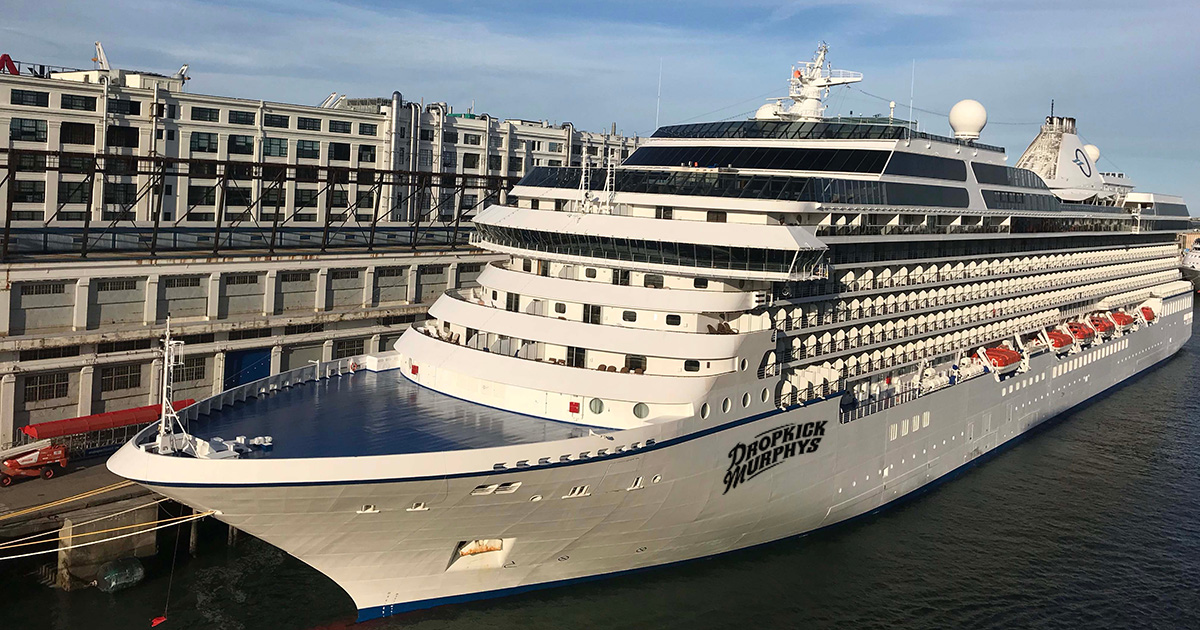 BOSTON — The Dropkick Murphys’ first official “Shipping Up to Boston” Cruise occurred last week and remained docked in Boston Harbor for the entire duration of the event, resulting in mixed reviews.

“When we started planning, everyone was asking, ‘Where’s the cruise gonna go?’ and I says, ‘What the fuck do you mean, go?’ Why the fuck would we go anywhere? We’re already in Boston fuckin’ Massachusetts — greatest fuckin’ city in the world!” explained senior event organizer Pauly O’Connor, who does not regret the decision. “You want a boat that’s goin’ somewhere, go take a fuckin’ ferry to Martha’s Vineyard, kid. Go drive to the Cape and go on a fuckin’ whale watch.”

Some patrons were disappointed, and felt the event description was misleading.

“How is this a cruise? It’s literally just a bunch of drunk dudes with their shirts off, yelling at each other and then hugging. They’re not even on the ship half the time — they keep leaving to go fight in the street,” claimed frustrated fan James Dodd. “I drove 12 hours from Michigan for this. It said all meals are included, but the only food besides Guinness and whiskey are the six Dunkin’ Donuts onboard.”

“They hyped up the ship having its own movie theater, but they’ve just been screening ‘The Departed’ on a constant loop,” Dodd added. “I’ve been told to go fuck myself at least five times every day. The band plays every night, but they’ve yet to get more than 20 minutes into a set before the cops show up.”

For their part, the band considers their first cruise event a massive success.

“It’s been awesome — everyone’s fuckin hammered,” said Murphys’ bagpiper Lee Forshner. “The first night, we played ‘Tessie’ four times in a row and nobody noticed. Most of ‘em don’t even realize the boat’s not moving. Good fuckin’ thing, too: we’ve had 12 people knocked overboard in a brawl so far. If that happened in open water, nobody could hear them call for help over the music and everyone telling each other to fuck their mothers.”

Other attractions on the ship included a meet-and-greet with Donnie Wahlberg, and a booth where attendees could punch a Yankees fan in the face for $20.