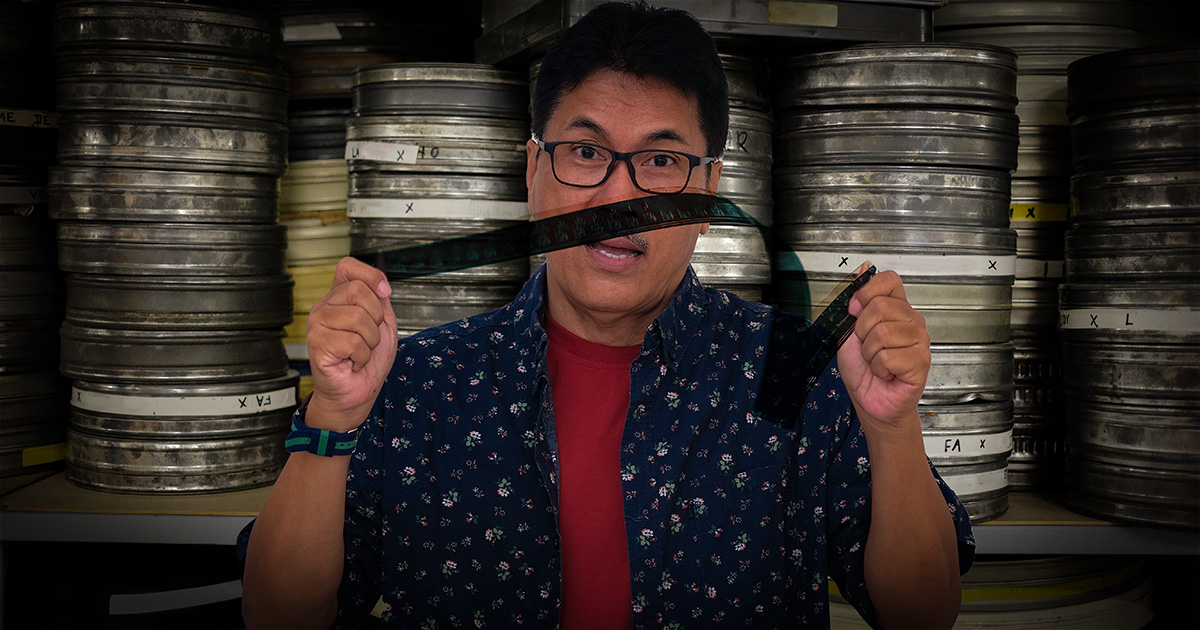 NEW YORK — Legendary auteur director Phillip Schaeffer was reportedly trapped in his Criterion closet and forced to survive on nothing but his own films for 48 hours, sources confirmed.

“Here I was making my selections for their YouTube channel, We Wrap, and with the slam of a door everyone’s gone for the weekend!” said a shaken Schaeffer. “A director gets hungry, you know, and I wasn’t about to eat anyone else’s work, especially when I believe so heartily in my own. But I’ll tell you, I was surprised at how awful some of my pictures tasted. Some movies are good with popcorn, but mine need a little cumin, maybe some rosemary to make it somewhat palatable.”

Schaeffer was found early Monday morning by custodian Jake Resnick, who was understandably horrified at the sight.

“Oh, the image is burned in my brain. I’ll never forget unlocking the closet during my morning rounds and bearing witness to him cannibalizing his own movies,” said Resnick, with a faraway look in his eye. “Chilling stuff. I’d say it would make a great movie scene, but it’s not something I’d want to revisit. There’s just something very disturbing about seeing a grown man with a face full of film strips…I’m still cleaning up the snap case shards.”

Though it isn’t recommended, survival experts say that one can survive on physical media for a prolonged amount of time.

“When stranded, you have to know what can and cannot be used as precious nutrients. In this incidence, Blu-Rays are typically very good sources of protein, especially from your big box-office draws. I keep a copy of Penny Marshall’s ‘Big’ in my satchel at all times, just to be safe,” said survivalist Husky Rhodes. “Unfortunately, the more arthouse you get, the more bitter and unpleasant the taste can be. In Mr. Schaeffer’s case, his films are very minimalist, often set in rural areas, not a lot of dialogue. So he’d have to eat just about every Criterion edition of his ‘Ranch Hand Requiem’ (1998) just to equal a single bite of ‘Dumb and Dumber.’”

At press time, an emaciated Schaeffer said he was looking forward to getting home and “binging an entire season of Real Housewives of Beverly Hills,” although it is unclear in which way he meant it.