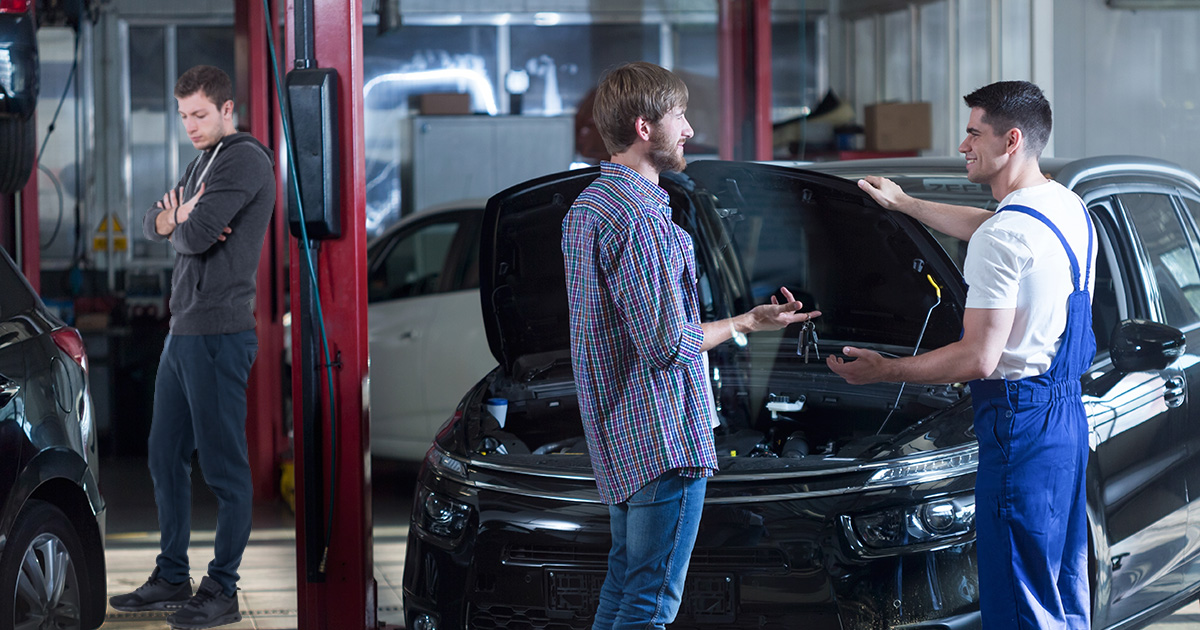 “I was in for my usual oil change and everything seemed totally normal,” Crespi explained of a routine maintenance appointment earlier this week. “When I was heading out, I heard my main man Al yell out to ‘take care, big guy,’ but when I turned around he was smiling and waving to some other asshole. I’ve been coming here every six months or 3,000 miles, whichever comes first, for the last five years. I thought we’d built something special, but apparently he’ll call anyone with a credit card and a set of car keys that. I feel so foolish.”

Fellow Al’s Automotive patrons report finding out that Al just talks like that to everyone in a similar manner.

“Al and I had a great afternoon together, where he did some work on my front end suspension and I read a Sports Illustrated from 2013 while I was in the waiting area. After, he said, ‘All set, big guy.’ But then some doof asked Al where the bathroom is, and Al said, ‘Down the hall and hook a left, big guy,’ right in front of me and everything,” recalled former Al’s Automotive customer who hasn’t been back since, Dennis Sturm. “Looking back, the signs were all there — I wear khakis six days a week, and physically, I’m actually quite small. I’m not ‘big guy’ material. Rejection always hurts, but I guess it’s better to learn where you stand with someone sooner rather than later.”

“I do my best to give each and every one of my clients the same time and attention they deserve,” Gagliardo stated. “But the fact of the matter is, I see a lot of champs, buddys, and amigos in my line of work, and if someone can’t accept that, that’s on them. Because Al’s got a lot of generic niceties to share, and he ain’t letting no one’s insecurities get in the way of that.”

At press time, a local woman was crushed after hearing her hairstylist refer to another client as a “boss bitch.”