Deployed Stoner Blazes It At 16:20 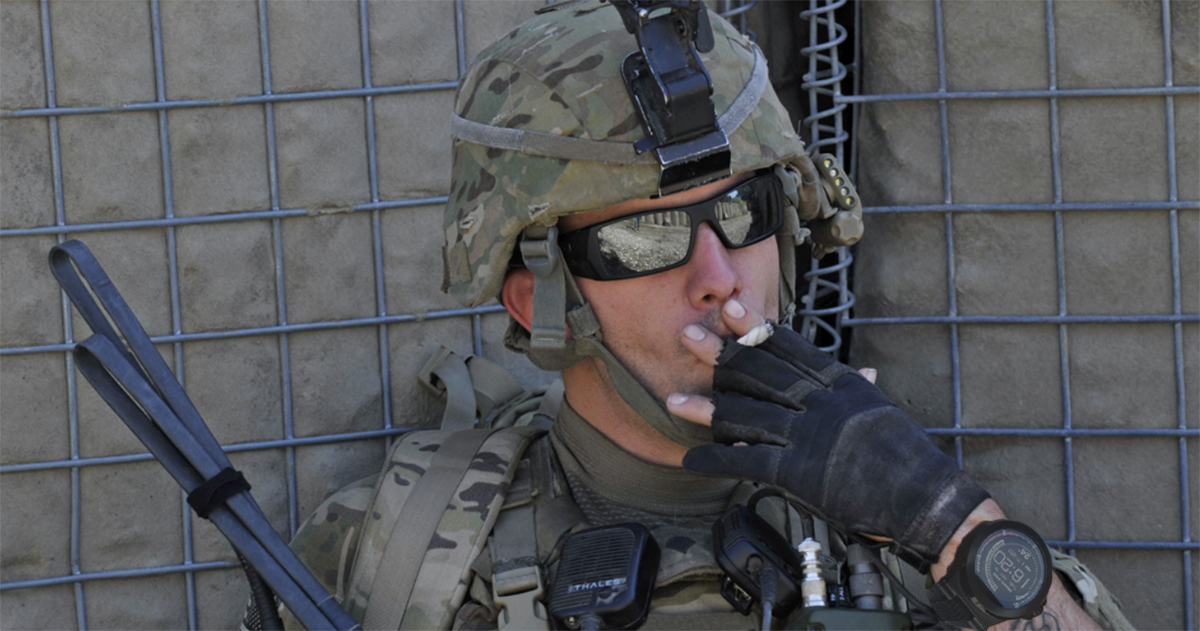 ANSBACH, GERMANY — Indianapolis-born stoner Pvt. Jason Jordan is “lighting up a nice fatty” at 16:20 every day as he adjusts to his military service, multiple eyewitnesses confirm.

“Back before deployment, I was such a slacker — I’d sit around, play video games, and light up every day at 4:20 p.m. on the dot,” Jordan said. “But I’m a changed man now. Since I’ve been overseas, I’ve learned so much: like that 4:20 over here is actually 16:20 in military time. So, that’s when I’m blazing it these days.”

Having apparently signed up at a U.S. Armed Forces recruitment tent at Warped Tour sometime last summer, Jordan was initially hesitant to embark on this new chapter in his life — but discovered that the structure suits him well.

“Being in the army has really molded me,” said the reformed Jordan. “Like, for example, back when I was a citizen, I’d wake and bake daily. Now, I wake up to some dude yelling at me, and then I go do a bunch of army shit. Sometimes it’s mid-day before I even get my first bake. People told me the army would be hard, but I never expected this.”

Jordan is not alone in benefitting from the lessons learned in the military.

“The Air Force taught me a discipline and resourcefulness I didn’t have before,” said former Airman First Class Savannah Combs of her time stationed at Kunsan AFB. “I’ve learned to make the most of even the smallest bit of shake, and my joints have never been tighter or more accurate. Plus, I can say ‘Legalize It’ in English and Korean now, which is awesome.”

Jordan’s mother, Nancy, happily confirmed the changes in her son.

“Jason is such a nice boy, but he needed direction,” she said. “Before he was deployed, I was always taking care of him and giving him money. But, now, he’s the army’s problem, and instead of supporting him year-round, now I only feel obligated to send him money sometimes.”

Unfortunately, Jordan then abruptly ended the interview and excused himself, explaining that “we’re approaching 1600 hours” and that he has “somewhere to be real soon.”