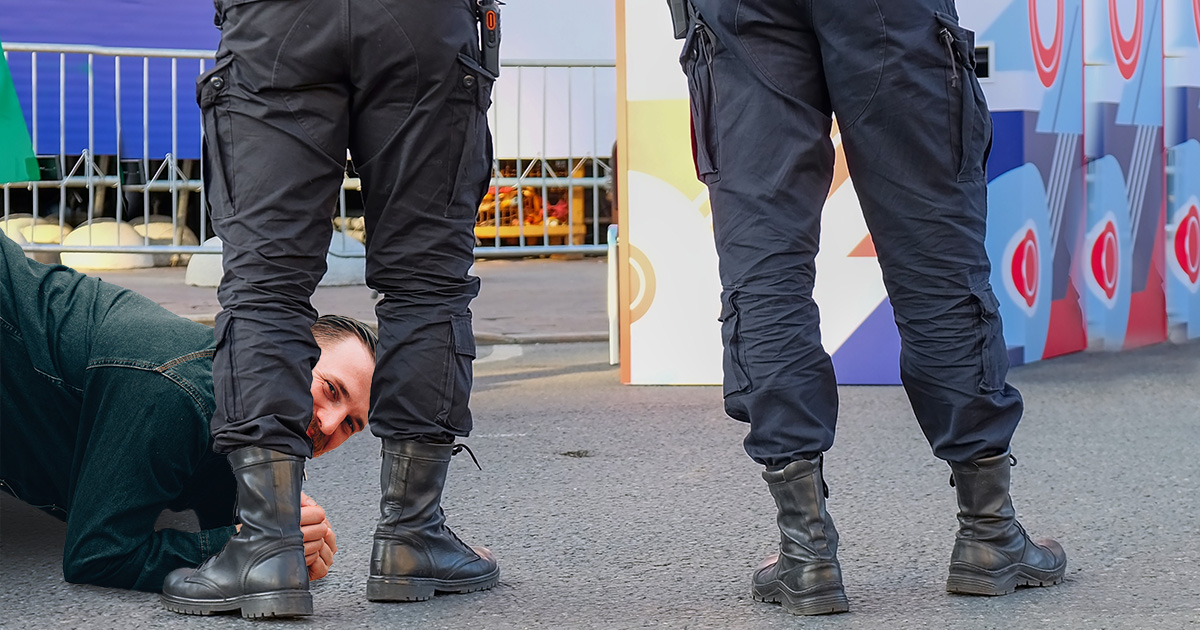 LOS ANGELES — Wutherton Tall, the creator of conservative food blog The Thin Blue Lime, scribbled a five-star review into his drool-covered Moleskine after licking each and every on-duty officer’s boots during a visit to a Hollywood police station yesterday, multiple witnesses confirmed.

“Flavor doesn’t get more American than this — yum, yum yum. I’m getting notes of power, leather, and just a hint of noncompliance, which could be from cross-contamination due to stomping a protester. I guess this is what blue tastes like,” said Tall, mistaking the flavor of urine for a color while running his tongue back and forth across the leather uppers of a side-zip duty boot made in China. “Plus, they’re keto! And it’s easy to lick these boots from home, too — just go on the internet and talk about how protesters are ruining the country. It’s obviously not as good as licking boots in person, but it will still satisfy you.”

Blog fan Chod Blank III, who spent last week protesting the government’s refusal to reopen his favorite golf course, is excited to get out and taste some police boots himself the moment the curfew is lifted.

“Wuthie really brought the mouthfeel of the oppression-to-table of cops to life. I, for one, can’t wait to get out there and lick some fresh law and order off the feet of our boys in blue,” said Blank while hanging an American flag next to his “Punisher” skull poster. “There’s something about that slip-proof rubber that makes my tiny mouth water and beg for more boot. Just like Oma used to make! She passed down the recipe after learning it in a German factory in the late 1930s.”

Activist Lamar Burroughs, who spent the week protesting the murder of unarmed black people in the face of deadly police officers, wasn’t surprised by the review.

“I would expect nothing less from conservatives at this point. They talk about freedom of speech and wanting less government intervention when it applies to them, but as soon as it applies to people of color fighting for their lives, they start begging the cops to step in,” said Burroughs. “It’s all fine in the end — those cops step in a lot of piss puddles, so let those dudes keep licking.”

For his next blog entry, Tall said he hopes to lick the boots of some active-duty military troops. “I thought I would have to go overseas, but I’m pretty sure I saw some in front of the La Brea Starbucks,” said Tall.