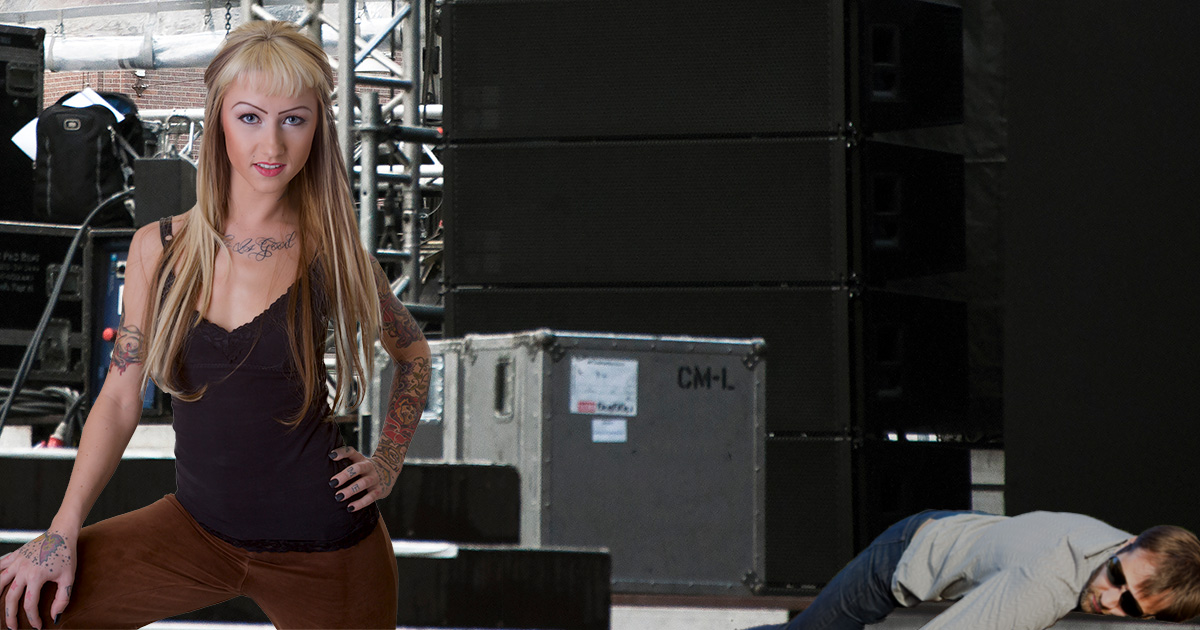 “I thought he was a part of the band,” confessed a very upset Pepper. “He was hanging out next to all the sound equipment, at the very least I was certain he had some connection to them! I mean, we were flirting all night — anytime I started to talk he would just look kind of in my direction and not say anything. Did I miss some signals there or something? He acted like every guy in a band I’ve ever met in my life, how was I supposed to know he was dead?”

The body has since been identified as 37-year-old Ben Lockhard, who was in fact a sound engineer before his untimely passing.

“He would’ve loved this,” said Will Stem, a close friend of the late Lockhard. “To know he got railed by a hot chick who thought he was part of the band? Fuckin’ incredible. This is almost better than the time that new bartender accidentally brought him a free pizza because she thought he was the owner. It ended up being that he was just 20 years older than everyone else in there that night, but a pizza’s a pizza. What a fucking legend.”

Jim Danes, the owner of the bar Lockhard’s body was discovered in, appeared confused when asked about the situation.

“There’s a body in here? Where?” Danes asked. “No fuckin’ way. If there was a dead body in here, I’m sure I would’ve seen it. I run a tight ship around here. And that pile of pigeons in the upstairs corner doesn’t count, anyone could have missed those. But no, I haven’t seen Ben in a couple of days. Why do you ask?”

At press time, Pepper had since moved on to attempt to seduce a merch guy for a free T-shirt, who was revealed to be a scarecrow leftover from a recent Halloween party.