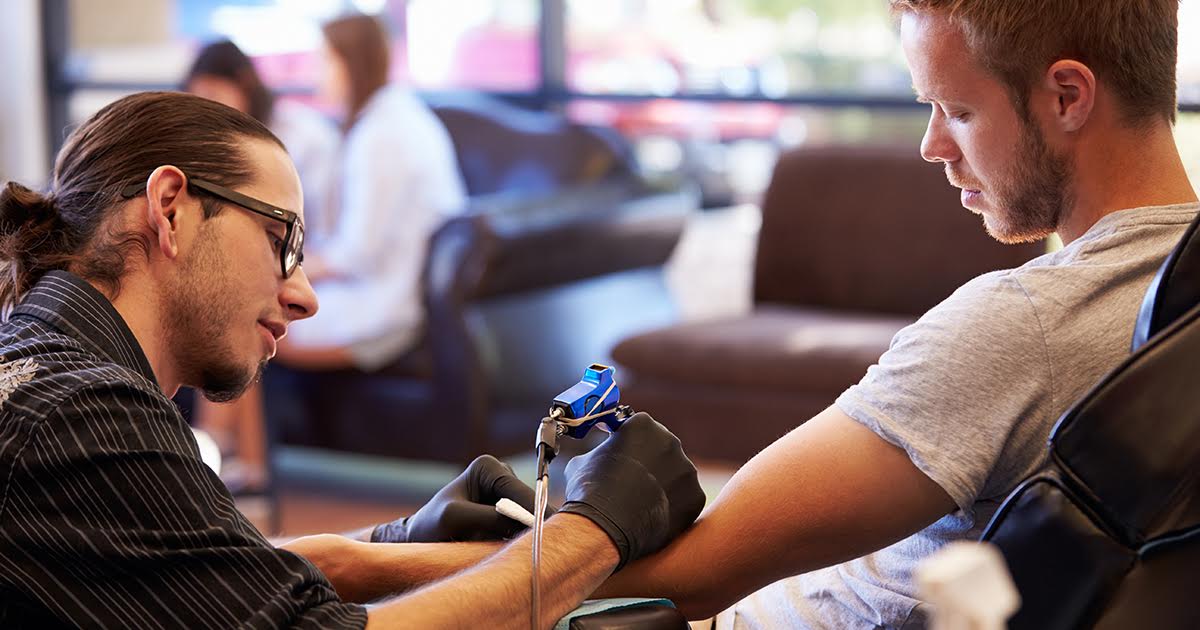 ST. PETERSBURG, Fla. — Local man Mike Soder failed yesterday to share a reasonable conversation with his tattoo artist, running out of things to talk about a mere 30 seconds into their three-hour session, uncomfortable witnesses confirmed.

“I knew things could go awry, but I had no idea they’d go bad that quickly. Our whole conversation could’ve been documented on Vine,” said Soder shortly after leaving his appointment with Pedro Wallace at Black Sunshine Tattoos. “The guy had a teardrop tattoo. I come from a middle-class family and my parents are still married, so I knew we’d run out of things to discuss eventually… but I didn’t think it’d be nearly three full hours of silence.”

“The guy was trying so hard. He asked about motorcycles, which went nowhere. He asked Pedro if there is anything he’d refuse to tattoo, and Pedro just said ‘no,’ and then asked [Soder] to turn 45 degrees to the side,” said Angela Perry, who was waiting for her own ink. “I think the most they actually talked was when Pedro sneezed and the dude getting tattooed said, ‘God bless you,’ and Pedro said, ‘Thanks, I guess.’”

According to tattoo professionals, shoddy, stilted conversations happen more often than not.

“Tattoos have become increasingly popular over the past few years, and with that, we see a large quantity of dorks looking to get ink,” said tattoo apprentice Lindsay Holloway. “Sometimes, you just don’t want to open your mouth when you tattoo someone who bleeds a little heavier than normal. Frankly, most tattooers have nothing in common with someone getting a leg tattoo of a tech startup logo. So you sit in this awkward silence. It’s often more painful than the actual tattoo.”

Soder was last seen sitting alone at a nearby bar, hoping the plastic wrap on his fresh tattoo would open up a conversation with the bartender.