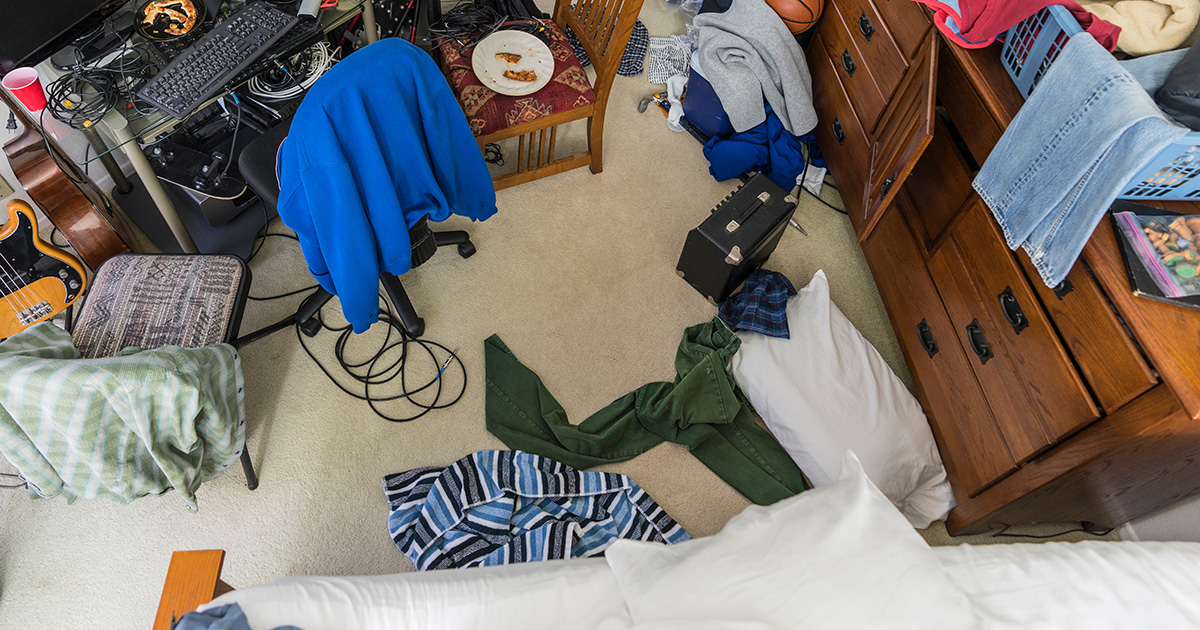 “It only took thirty seconds for that room to go from spotless to looking like a nuclear bomb went off in here,” said disaster recovery specialist for FEMA and Hart’s roommate, Barbara Salazar, while assessing the damage. “She somehow managed to flip the bed over, break two lamps, and empty her entire closet onto the floor when she ripped through this room like a tornado in an apparent search for her car keys. And to think they were on the kitchen table where she always leaves them this whole time, but sometimes, acts of God or women dangerously close to being written up for tardiness at work for the third time this week, are just outta our hands.”

“If you think this is bad, then you should have seen the way she demolished our living room while looking for her keys when we were late to a wedding,” said Jameson. “If she just took two seconds to place her car keys in their designated spot then it wouldn’t look like a pillaged war zone in here. But no. She has to rip all the cushions off the couch and toss all the plates out of the dishwasher? I don’t even know how she tore that thing open, I thought they locked while they were running.”

Dr. Eli Sanz, a research scientist at MIT, has found patterns of this behavior in most unorganized millennial roommates.

“In a recent lab simulation, we found that the average test subject could destroy their clean bedroom while searching for items like keys, debit cards with some money on them, wallets, and even sunglasses in an astounding forty-five seconds,” said Sanz. “It defies scientific logic how quickly a clean room can go from pristine to Chernobyl-level rubble. Katherine’s case is specifically impressive. Rarely have we seen someone foil a perfectly made bed, and a dog’s bed, with that level of speed.”

Sources close to Hart have confirmed that she was last seen ripping up the carpet while searching for her lost cell phone, which happened to be in her hand the whole time.