Chrysler Announces New 2022 Line to Be Big as Whale, Ready to Set Sail 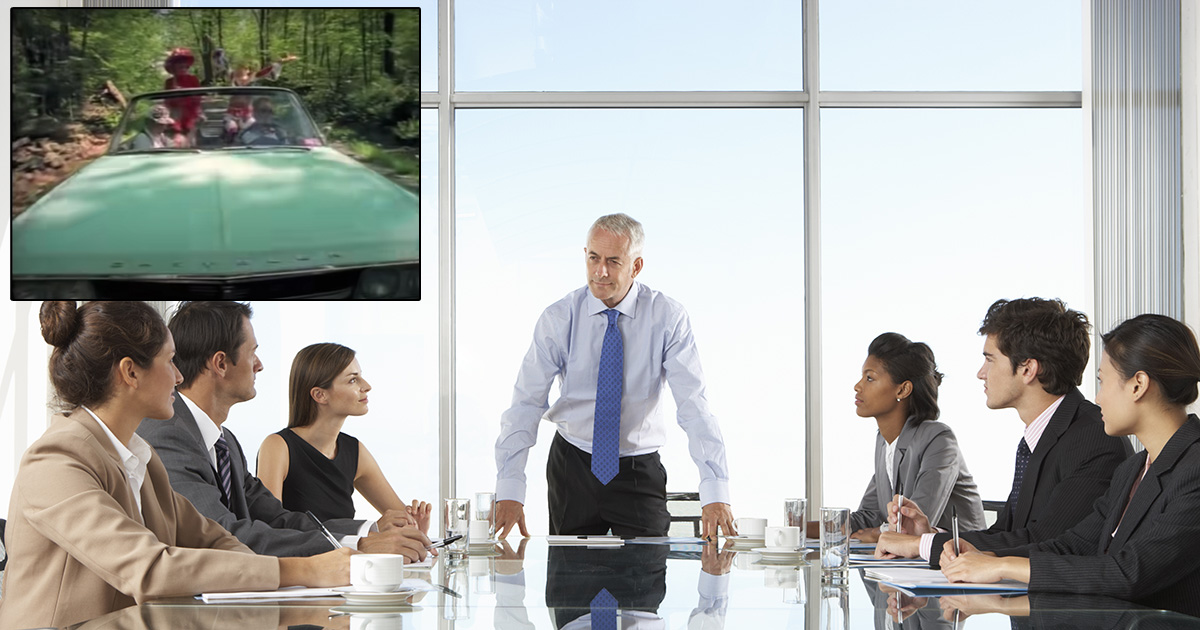 AUBURN HILLS, Mi. — Major US automotive company Chrysler announced that its new 2022 line of vehicles were as big as a whale, and fully equipped to set sail, according to advertisements in industry periodicals.

“Chrysler is a proud American brand, and that means moving with the times,” said Alan Chesnick, Executive Vice President in Marketing. “Since our founding in 1925 by Walter Chrysler to our ‘80s resurgence under CEO Lee Iacocca, Chrysler has always had its finger on the pulse of popular trends. In our case, that means our new fleet will be the kind of vehicles that can effortlessly set sail down the Atlanta highway, among others, be you en route to a little field or major metropolitan city.”

“This isn’t normally how we advertise our new vehicles,” Siegel said. “Nor is describing authorized dealerships as ‘little old places where you can Get-A-Chrysler!’ Also, that all dealers are now required to read consumer disclaimers in what was described as ‘ironic Sprechgesang.’ I’m really not at all sure what that means. But on the other hand, these are some truly huge cars. They’re certainly ready to set sail, and they are reasonably priced to move, so bring your jukebox money down to Seigal Motors where you can enjoy complimentary coffee and crullers in our lobby.”

Car enthusiast Jason Kim was thrilled at the new direction Chrysler had taken.

“Chrysler has done it again!” Kim said while trying on various thick, horn-rimmed glasses. “More than anything, when I’m looking for a new car, I’m looking for sheer massive size and weight. I need a car that has absolutely no consideration to its gas mileage, and by extension my carbon footprint. I might hold off though, I heard their 2023 Pacific Hybrid will seat about 20, but we’ll see.”

As of press time, Chrysler had issued an official statement that all 2022 vehicles had steel-aluminum alloy roofs, which could not be rusted.