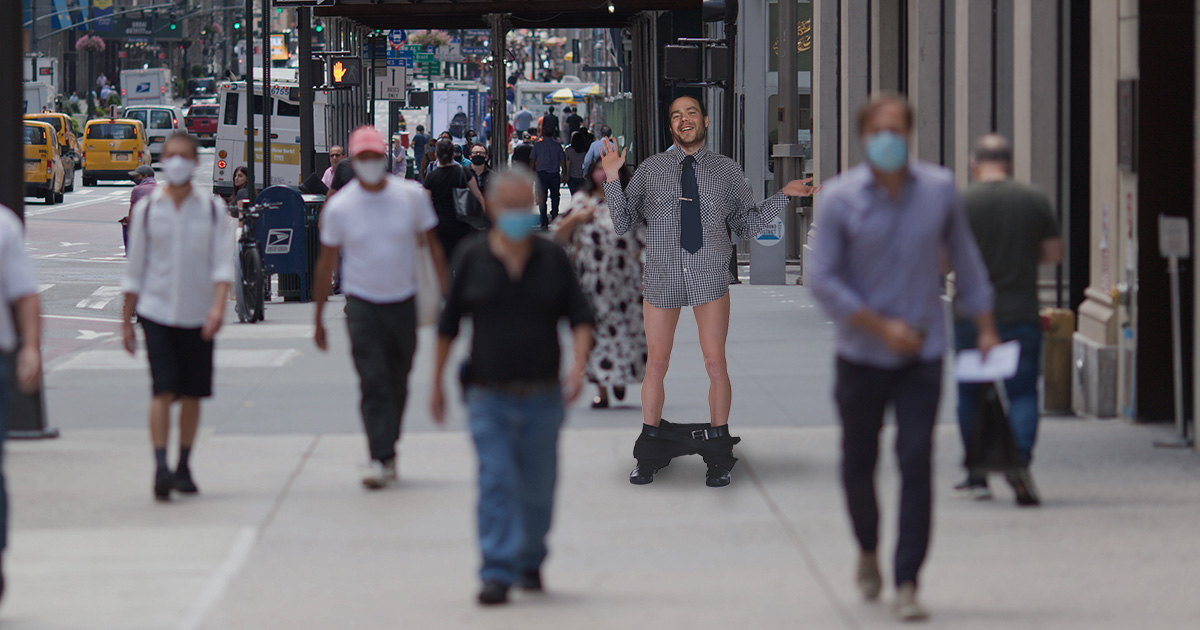 PASADENA, Calif. — “Wildboyz” star Chris Pontius started a voter awareness campaign today that includes showing his balls to strangers and encouraging them to get out and vote, multiple polling volunteers confirm.

“This is possibly the most important election of our lifetime. And as you can see, I’ve written the word ‘poll’ on my dick. Get it?” the completely nude “Jackass” star explained. “I’ve painted my balls to represent the two party system — notice how the red one is a little bigger? That’s the Republicans having control of the house. I’ve also tattooed the words ‘Ballot Box’ over my asshole, and I’m going show people how to stuff ‘em to cast their votes. Everyone needs to take their voting rights seriously, and if I can get even one person to make their voice heard, then my work — and the tireless burden on my dick, balls, and butthole — is done.”

While Pontius is ecstatic about campaigning, the star of the campaign was very underwhelmed by the whole thing.

“I’m so fucking tired. It’s been well over two decades, and we’re still doing this shit?” expressed Pontius’s 46-year-old testicles. “When will this end? Every time I think it’s time for retirement, I keep getting pulled back out of my dark cradle and back into the public eye. I’m too old for this — I’ve been slapped, crushed, electrocuted, you name it. I don’t give two fucks who wins this election. I just want to keep sagging and expanding in some goddamn peace and quiet. I don’t think that’s so much to ask.”

Pontius’ heart may be in the right place, but reception has been overwhelmingly negative.

“I don’t know who this guy is or what fucking show he’s from. I was born in 2002,” said 18-year-old college freshman and first-time voter Erica Gnomes. “I was walking home from work when this shirtless guy in a bow tie ripped off his breakaway pants, pointed at his balls and started dancing in people’s faces while singing the Star Spangled Banner through a megaphone. I immediately called the police.”

At press time, the arresting officer had released Pontius after admitting he was a huge fan of the show and thought the crime was hilarious.