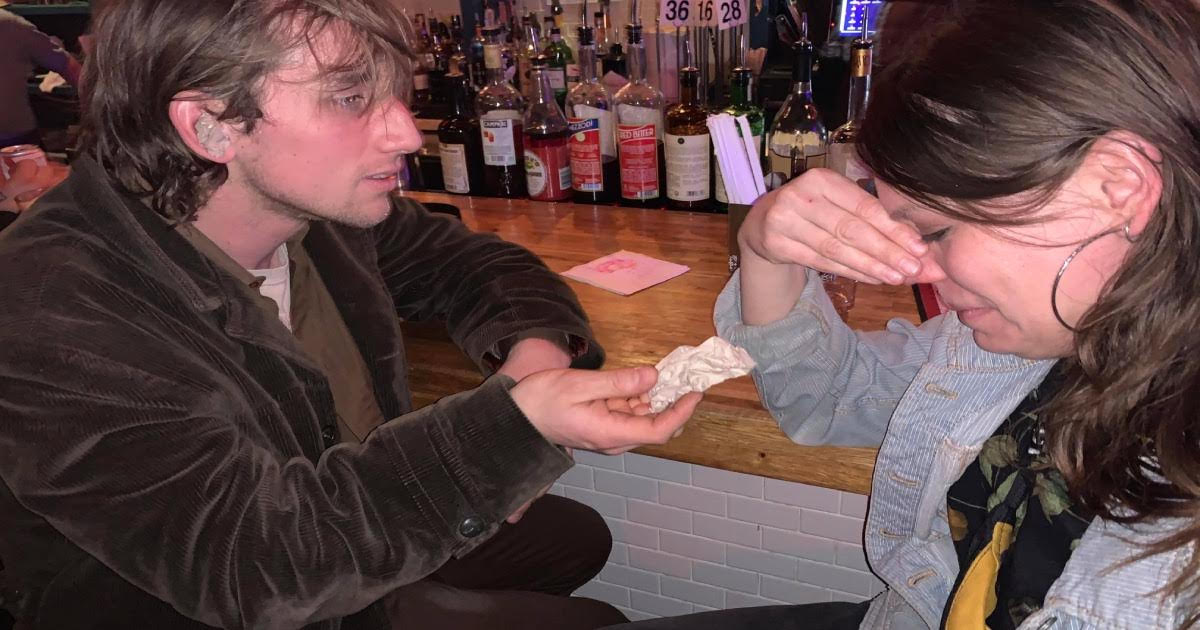 WILMINGTON, Del. — Chivalrous show-goer and all-around class act Dustin Delgado assisted a crying woman at a show last Thursday by offering her the wad of tissue he had stuffed in his ear in lieu of earplugs, according to impressed sources.

“I ran here right after work and forgot my earplugs in my other coat, which fucking sucks ‘cause they’re the nice ones. So I had to make do and shove a wad of tissue from the bathroom in my ears,” Delgado explained. “When I headed over to the bar to ask the bartender for another water, I saw her there, just absolutely beside herself and crying, and I knew what I had to do — I know if that was my own sister or mother, I’d want someone to fish some wadded-up toilet paper out of their sweaty ears and offer it to them.”

Chelsea Schanz, the crying woman reportedly “just having a fuckin’ day,” was appreciative of the kind gesture but unimpressed.

“I was just upset and minding my own business when this dork comes up out of nowhere and pulls literal trash out of his ear and shoves it in my face,” Schanz recalled. “That alone wouldn’t have been so bad, but like, 10 seconds later he pulled out a ruler and swatted my hands with it for having my elbows up on the table. I guess it all worked out, though, because I did get to fix my mascara with all that paper he pulled out, and now I know which spoon to use for soup.”

While Schanz was left confused, some eyewitnesses applauded Delgado for his display of proper etiquette.

“It’s not every day you see a gentleman practicing good manners at a show, but when you do, you remember it,” said bartender Ross Levinson. “I haven’t seen such an act of selfless chivalry since the time this couple were about to attempt a tandem stage dive, and the guy let his lady go first. Sure, no one was paying attention and she ate shit right on the floor, but when they ran to the hospital for her broken nose, he held the door for her, and ordered her a Lyft before he went back inside to catch the headliner. They just don’t make ‘em like that anymore.”

Delgado was last seen writing a thank-you note on the wall of the venue bathroom, expressing his utmost gratitude to “Bobbi the bartender” and the crop top she was wearing.