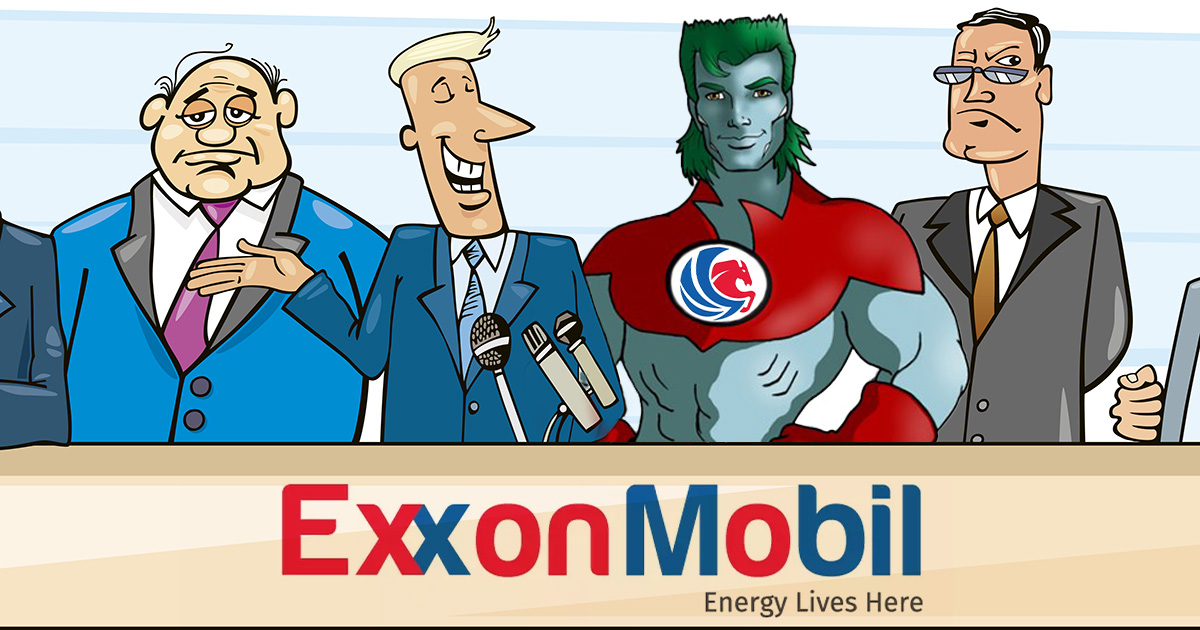 HOUSTON — Famed environmental superhero and holographic android Captain Planet announced he would be accepting a position as a paid consultant for multinational oil and gas giant ExxonMobil, much to the chagrin of Planeteers worldwide.

“My adventures with the Planeteers were some of the best days of my quasi-life,” said Captain Planet, clad in bespoke cashmere Stuart Hughes suit. “Fighting Verminous Skumm and urban decay, battling Hoggish Greedly, being thrust into existence by the combined power rings of five ethnically varied teens. These are all cherished memories. But I realize now that I can do more good by working with the fine people at ExxonMobile. Their commitment to responsible oil-drilling and respect for the environment has inspired me. I sincerely believe that I can use my superhuman powers, cheerful advice, and innate knowledge of the location of oil deposits to help them work for a safe, clean and profitable world.”

Ted O’Brien, Vice-President of Public Relations at ExxonMobil, was thrilled with the Captain’s new role.

“Oh fuck yeah, it’s great to have CP on board,” O’Brien confided over a variety of Macallan scotch whiskys. “He’s credibility with a fucking sea-green mullet. All we need to do is trot him out in front of the cameras to say ‘THE POWER IS YOURS’ and we’re good as gold. He’s getting a fucking seven-figure salary, and really all he needs to do is exist. And who can blame him? He spent years fixing the fuckups of a bunch of teens that got in over their heads every time they tried to clean up a goddamn garbage dump, and for what? Just to be poofed away like a genie when they were done.”

“Huh,” O’Brien continued. “Do you think Cap can create coke with his powers? I mean, it comes from the planet, right?”

Wheeler, a former Planeteer, was greatly discouraged by his hero’s choice to be employed by one of the world’s biggest polluters.

“Fuck Captain Planet,” Wheeler said while handing out Greenpeace pamphlets. “I used to look up to that guy. Literally. He can fly. But he’s just become another sellout bozo, sucking on that corporate teat for a buck. At least I’m out here still trying to make a real difference. I haven’t seen Linka or Kwame or Gi or Ma-ti in years, but I’m still saving the world, one pamphlet at a time. Suchi the monkey is dead. It turns out monkeys don’t live long if you feed them human food.”

As of press time, Captain Planet was instructing his secretary to not take any calls from Gaia, Spirit of the Earth.