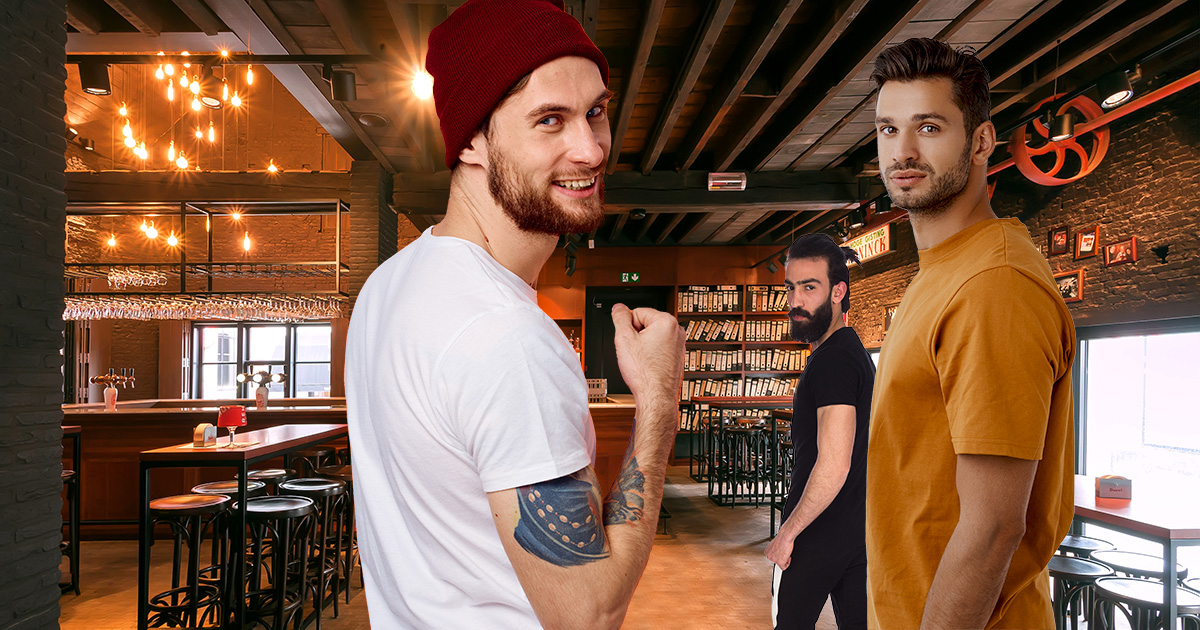 “I’d never been before, so I was having a hard time finding my friend. After wandering for a while, I thought I spotted him so I called his name. I had no idea what I was triggering,” shuddered Flowers. “As ‘Hey Matt!’ left my lips, I saw a sea of similar-looking men stand and turn. A wave of confusion washed over the room as they stared at me, wondering what I could want. It was mayhem. It took hours for the crowd to settle.”

Matt Brantley, a local software engineer, was sitting quietly at the bar when the scene occurred.

“I was peacefully sipping a New England-style IPA when suddenly I heard this woman shouting my name. As I turned, I could feel a pack of bodies move with me,” said Brantley as he mimicked the motion. “I didn’t understand what was happening at first, but as I scanned the crowd, the same repeated, confused look told the story. It was like looking into a hundred mirrors. The same Carhartt beanie colliding over and over, spilling gallons of ale on full beards. It was a chaotic nightmare.”

Jason Howell, a sociologist and naming expert who runs the popular BabyNamePlaybook.com, is tracking this phenomenon.

“It is common for names to go in and out of fashion, but something about the spike of Matthews in the late ‘80s was different. Whether it’s the nature of being called Matt, or the way we treat Matts, this isn’t just a popular name. This group seems to have coalesced around a set of norms and behaviors,” said Howell. “This brewery story isn’t one of a kind. All around the country, you can spot hordes of Matt, all with the same interests, following the same career paths, and even conforming to the same grooming habits. Look closely next time you’re at an artisanal food truck or axe-throwing bar. You’ll see them everywhere. Just be sure not to draw their attention by calling their name or speaking too loudly about ‘Breaking Bad.'”

At press time, the throng of Matts was seen heading to a new barcade across the street that charges $1 to play five minutes on an Atari emulator in a wooden cabinet.