Breastfeeding Is Beautiful, and so Is Eating This Cheeto I Found in My Bra 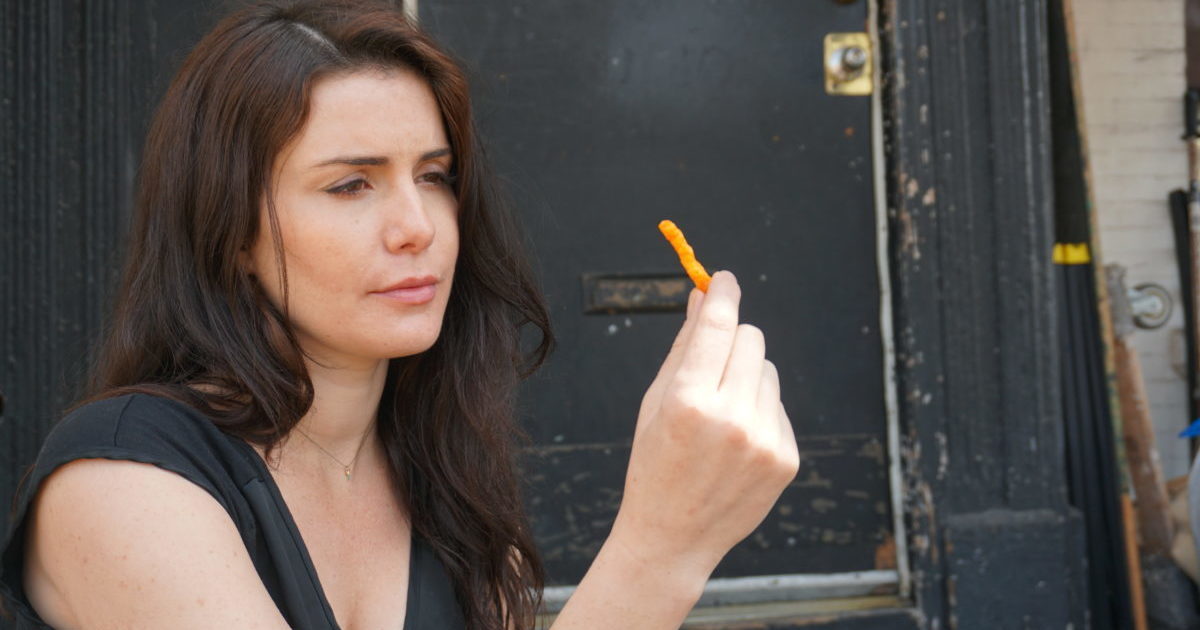 Breasts are one of the most fascinating and pragmatic features of the human body, performing a vital biological function with their life nourishing storage capacity. Human breast milk contains unique immunity-boosting antibodies, is conveniently located, economical, and always the perfect temperature. The same can be said for this Cheeto I found in my bra.

When I first discovered the power of my bra as an extra pocket for which to store snack items while out and about, I immediately began to notice an onslaught of negative comments and dirty glances from onlookers who couldn’t keep their puritanical body-shaming judgements to themselves.

Once, a woman asked me to cover myself up while I was breastsnacking in a public park. I responded unabashedly, “just as babies need to nurse frequently, I too require a regular intake of snacks to avoid a fitful episode.”

Public breastfeeding is a natural and beautiful part of the human experience and I won’t be made to feel immodest for addressing the biological needs of a living creature, which in this case is a woman who just found a cheeto in her bra. To the shamers I say, have your lips never grazed the ambrosial, nuanced, body-temperature crunch of a breast-cured Cheeto? If they had, you would certainly join me in appreciating the staggering beauty of breastfeeding and/or eating this Cheeto I just found in my bra.

Related: Uh, Yeah: Five Things All White Women Besides Me Need to Stop Doing, Thanks

For too long we have tolerated the sexual fetishization of breasts while refusing to celebrate and embrace the biological imperative to feed from them. The routine portrayal of breasts as features that exist solely for aesthetic purposes has created a culture that stigmatizes women for realizing the remarkable utility of their own bodies. As soon as breasts become divorced from sexuality, we are punished with criticism and reprimanded for treating our bodies less like ornaments designed for visual pleasure, and more like the instruments they were intended to be. Instruments playing corny, cheesy, orange-dusted little songs.

Whether you’re a new mom providing nourishment to their infant, an on-the-go snacker with bad hand-eye coordination, or if you just don’t have any pockets, the solution has been right under your nose all along.

I encourage every breast owner to utilize their miraculous capacity for providing nourishment to their infants, stowing away snacks for later, or accidentally discovering the delicious remains of a bag of Cheetos they powered through earlier that day. Whether from within the breast, on top of the breast, squished between the breasts, or sort of wedged down in the underboob crevice, nibbling from the snack rack should be a normalized and celebrated part of the human experience.