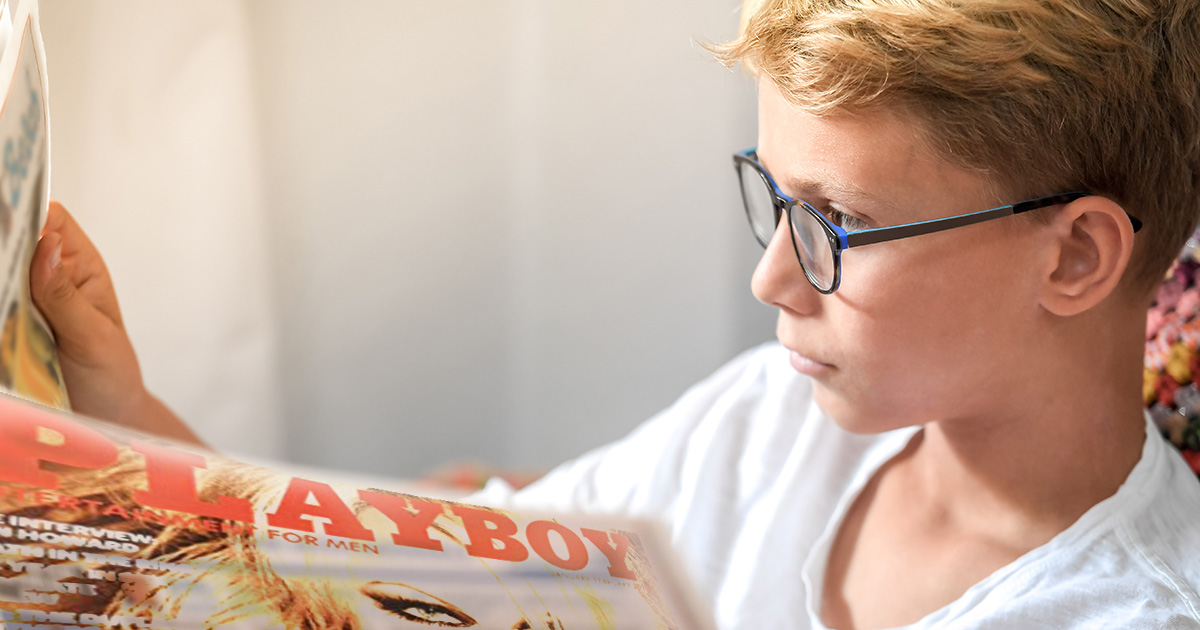 NAZARETH, Pa. — Local teen Brian Miller found his father’s old stash of Playboys while snooping through the garage late last night and is now utterly confused by what used to count as pornography, family sources confirmed.

“Man, I don’t know why my dad keeps these things hidden,” he later added. “None of these women are even getting railed by two dicks at once.”

Brian’s father Doug did not seem worried about the discovery, viewing it as a rite of passage.

Experts state that the easy access children have to pornography these days has rendered the “finding dad’s Playboys” phenomena obsolete.

“A woman laying on a leopard skin rug and showing her breasts is pretty damn tame by the standards of what these kids have seen,” noted child psychologist Hillary O’Connell. “What magazines like this show are no different than what they would see in an art museum, for God’s sake — they’re just boobs, after all. If their phone-addled minds could actually pay attention to these magazines for more than five minutes, they’re likely to be more engaged by the articles than the nudity. Though, why a teenager would want to read a rambling Norman Mailer short story is beyond me.”

Sources report the younger Miller also discovered his father’s Glock 9mm and couldn’t believe he didn’t own something cooler like an AR-15.