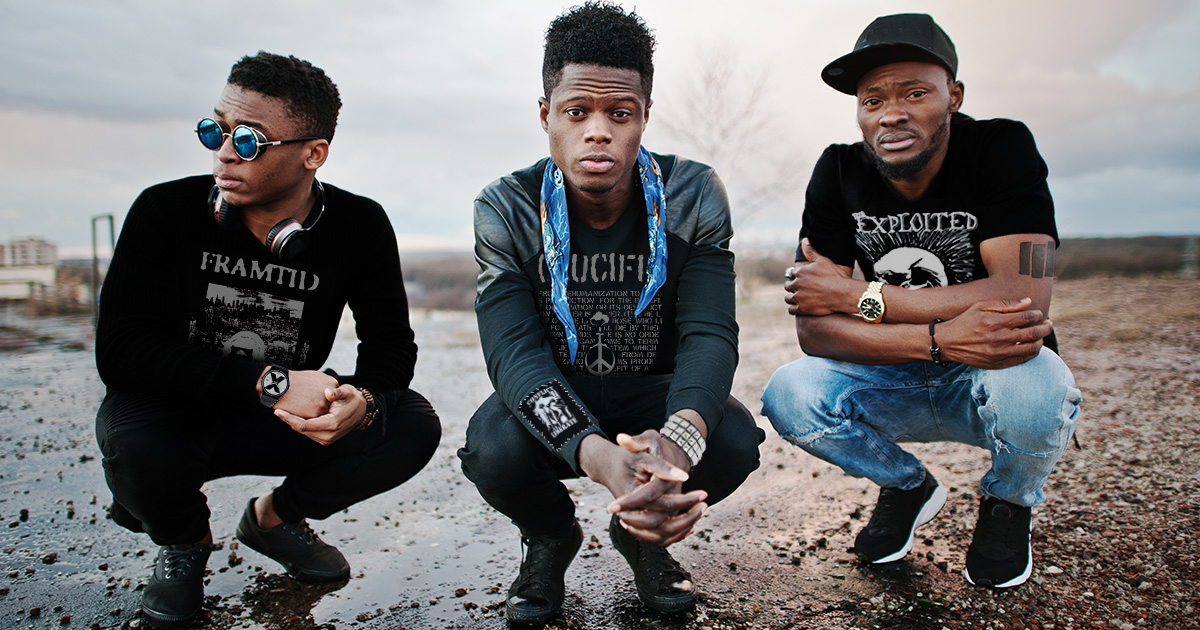 LOS ANGELES — Members of all-black punk band The ‘Stangs were nominated for a Grammy late last month, but are unsure why they were nominated in the Hip-Hop category.

“Thanks, I guess,” said bemused frontman Jason Sims. “I mean, on the one hand, it’s nice to get the coverage, and we appreciate the acknowledgment of our work… but we’re not a hip-hop group. We’ve never been one, we never intend to become one, we don’t know any hip-hop artists, or even really listen to it, honestly. It’s a tad suspicious why we’re nominated in that particular category, but our manager told us to just let it go for now and see if it helps our Bandcamp numbers.”

While the band is taking the miscategorization in stride, the rest of the music world was far more belligerent in denouncing the Recording Academy, the organization producing the Grammy awards.

“The Grammys have a history of missing the mark, but Jesus fucking Christ,” a flabbergasted Matt Medved of Spin wrote. “From Macklemore winning Best Hip Hop Album, to Jethro Tull getting nominated in the Metal category, the Grammys have always been out-of-touch bullshit produced by desperate-to-stay-relevant record executives. If members of the RIAA listened to The ‘Stangs for even 10 seconds, they’d realize the band is straightforward punk with some powerviolence influences. I don’t even think there’s a single rhyme on the entire album.”

For their part, the Recording Academy released a statement on the situation that detractors dismissed as tone deaf and “masturbatory.”

“The Grammys have long prided themselves on inclusivity, which is why we created the hip-hop category to begin with,” read Recording Academy spokesperson Karen Hawley’s statement. “From the Fresh Prince of Bel Air to the ‘Stangs today, we have long viewed the hip-hop category as a way to introduce urban music to a wider audience and bring these youths out of the streets. We look forward to growing with the ‘Stangs on their musical journey.”