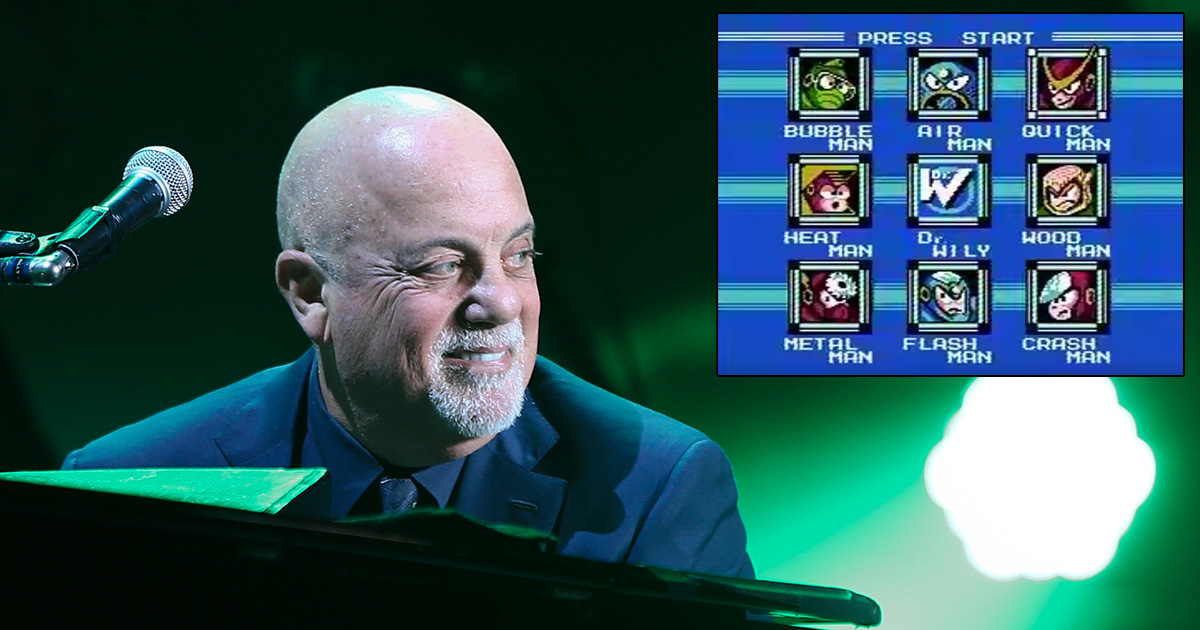 “The song was never meant to be autobiographical — in fact, it was never meant to be a song at all. The whole premise was about a henchman with a piano for hands, who shoots keys at Mega Man,” Joel stated while mindlessly endorsing another 6-figure royalty check for the song. “His whole level was gonna have ragtime music; his obstacles were going to be music notes, pedals, and at some point, the lid of the piano falling on you; and his weakness was Metal Man, because pianos are made of wood. But then those assholes just made Wood Man instead, and it fucked everything up. I can’t complain, though — things clearly worked out for me in the end.”

The Mega Man fan community had mixed reactions to the discovery of Piano Man’s origins.

“Some people think it’s ridiculous, some love it. For me, I kinda wish he made Angry Young Man instead,” commented Mega Man 2 speedrunner Adam Lefler. “But I love the idea of Billy Joel working on video games. Michael Jackson worked on Sonic, why shouldn’t Billy do Nintendo? He could do a whole game! It’ll take place in Miami 20XX, where Dr. Wiley ‘started the fire’ and Roll’s ‘got a way’ — yeah, we definitely need a 2-D side scroller in the Billy Joel universe. I’ll start a petition for it!”

Though Mega Man creators nixed the idea, Nintendo made sure to find creative ways to include Joel in their universe.

“Piano Man didn’t quite fit the theme of that game, but Kitamura sent it my way, and we overhauled the design to include him years later in Mario 64 during the Big Boo’s Haunt stage,” added Nintendo producer Shigeru Miyamoto. “Piano Man makes another cameo in ‘Luigi’s Mansion 3,’ and I also had Ganondorf play the organ as a little tribute to Billy. We like to have fun at Nintendo.”

Not to be outdone, Bruce Springsteen revealed he too was almost involved with Nintendo, having created the villain for a final Mega Man battle simply named, “The Boss.”