Beto Calls Cops on Self for Skating on Own Driveway 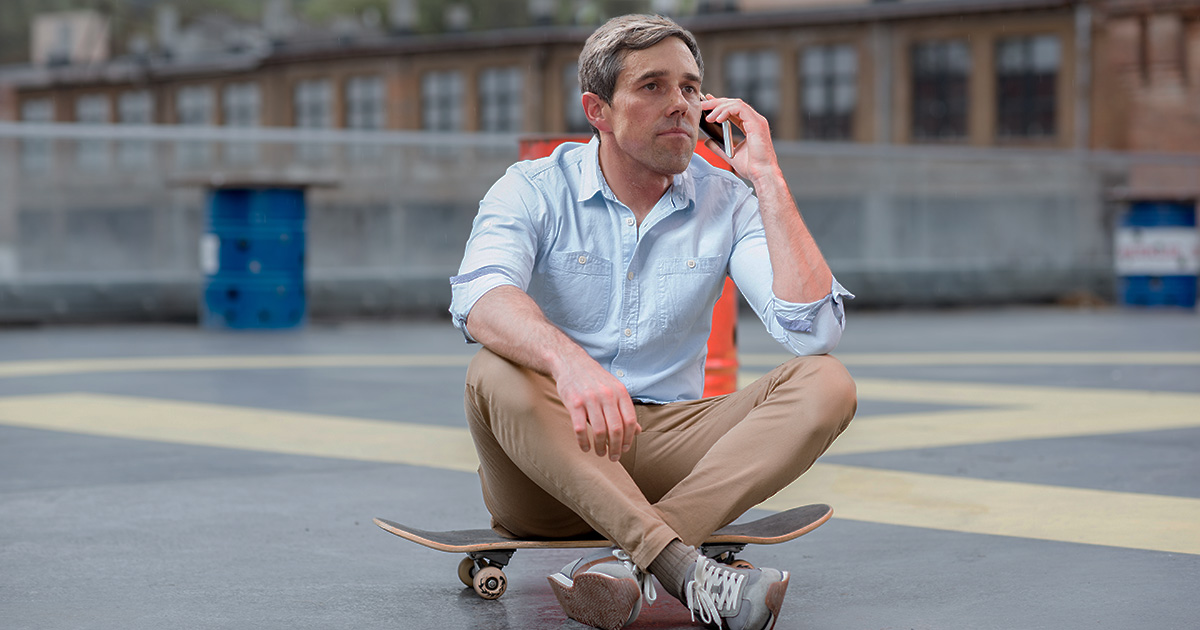 EL PASO, Texas — Democratic presidential hopeful Beto O’Rourke was questioned by police on Tuesday after calling to report himself for skating on his own private property, confused sources report.

“Listen, I think skating is totally rad, but this is a quiet community — we try to keep a certain vibe going here,” said the former congressman, holding the skateboard by one of its trucks. “When I saw me out there carving it up, I knew it was only a matter of time before I hurt myself or caused some gnarly property damage.”

O’Rourke explained that he was “super down” with “sick self-expression,” but in his vision for America, extreme sports should take a back seat to civic responsibility.

“You know, if kids had something better to do, they wouldn’t waste their time skating and vaping Juul,” said the 42-year-old who failed to beat Senator Ted Cruz for a U.S. Senate seat. “How about, instead of skateboarding, we had young folks out here stake-holding for the problems that face our communities? There’s no better way to lead by example than to call the cops on myself for ripping and slashing around. I almost landed my first heelflip before they showed up.”

O’Rourke’s neighbors applauded his willingness to call the authorities on himself.

“I wish more Democrats would follow his lead and hold themselves accountable for crimes they commit,” said neighbor and “dyed-in-the-wool” Republican J. Edwin Summerfield. “I’d even consider voting for him… if he was the only candidate available, and he stopped bringing up Ian MacKaye all the darn time. We get it, you listen to Fugazi.”

For their part, the El Paso Police issued a statement of their own.

“No charges will be filed, as it is not illegal to ride a skateboard on your own property,” read the statement. “We make a public plea to Congressman O’Rourke to please stop tying up police resources with accusations against himself of trespassing, noise complaints, and graffiti. You own the house: you can do pretty much whatever you want there.”