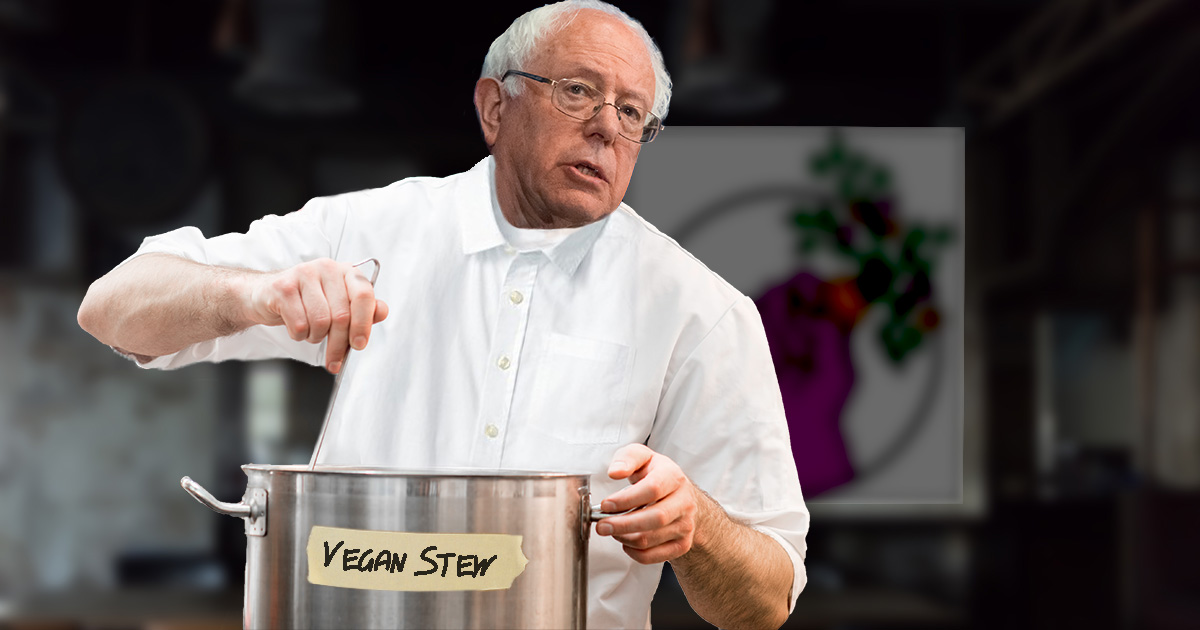 “I’m not here to point fingers, but I will say again that I think it’s time we dropped the yahoo.com contact information — it’s not being taken seriously, and today’s turnout is proof of that,” Sanders said while carefully carrying a nearly full pot of hot stew. “In the meantime, if anyone has room in their freezer, or maybe if their parents have an extra freezer in their basement or something, it would really help us all out.”

Not only did the hunger-combating non-profit organization see a low turnout for a free, vegan meal, volunteer attendance was also unremarkable.

“One single person cannot take down the billionaire class alone. And just the same, one man cannot possibly prep, cook, and serve copious amounts of homemade soup to the hungry,” Sanders explained. “There’s only one way to make this thing happen every Sunday from noon to 3 p.m. — sometimes closer to four-ish — and that’s together.”

“Sure, if you don’t take pride in your work, you could slap any old thing together… but when you make the culinary choice to cut two pounds of carrots on a bias, you need at least one set of extra hands to help out. You just do,” he added.

However, Food Not Bombs volunteer Casey Trujillo was concerned by the aging politicians’ ability to handle such a catastrophe — a concern on which she was not alone.

“I don’t know. He just went on about how you can freeze soup for months… and then was yelling about how only one percent of the Tupperware containers in the kitchen had matching lids,” Trujillo recalled. “Maybe if this kinda thing went down in 2016 I’d be a little more hopeful, but I’m not even sure he and his intern can carry all that soup to his car in one trip. It’s pretty heavy.”

At press time, Sanders was overheard unleashing a string of expletives as the “Buttigieg 2020” flyer he rolled up to use as a funnel failed to support the weight of the leftover beans.