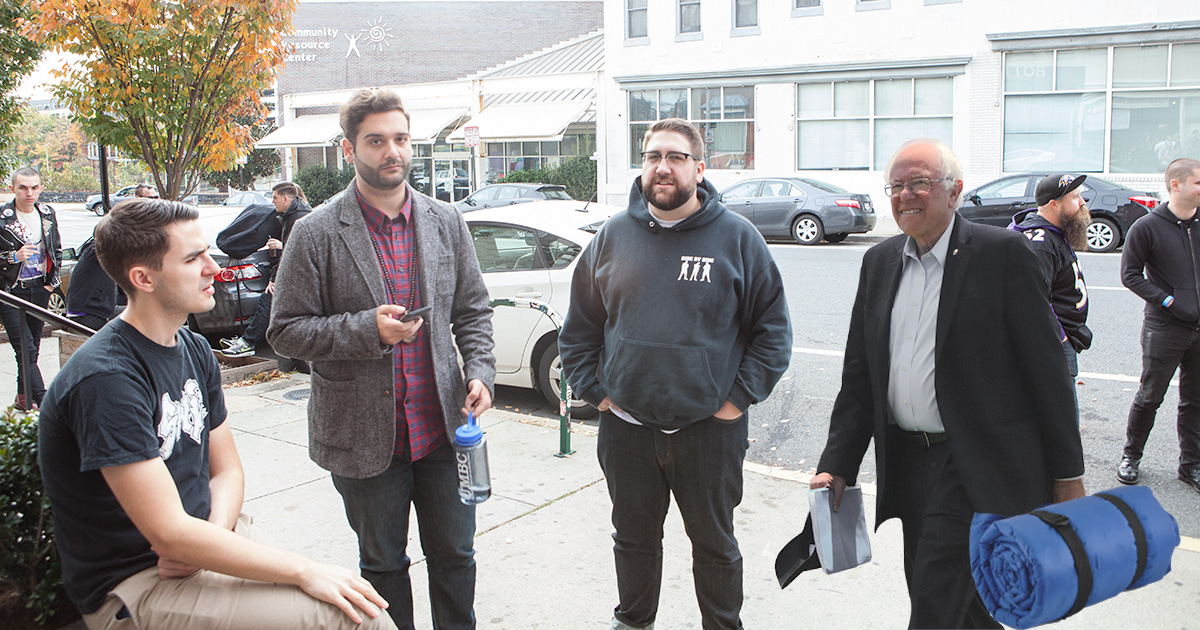 MANCHESTER, N. H. — Democratic Presidential Candidate Bernie Sanders announced today that he is seeking additional staff for his election campaign, looking in particular for a couch to crash on in New Hampshire for the next 11 months through the Democratic Primary election.

“We are creating a grassroots movement of people who are willing to stand up, fight, and provide a temporary place for me to crash during the campaign,” said Sanders from a press conference held in the studio apartment of Pete “Punchie” Nowak in Exeter, N.H. “And if you can’t put me up on your couch… perhaps you could at least put up a poster in your workplace? Or print out a few more posters for me from your copy machine at work?”

New Hampshire owners of unoccupied couches are debating the pros and cons of hosting Sanders in their homes for almost one full year — despite his offers to “totally take over dishes duty while I’m there.”

“While 11 months is kind of long for him to crash on our couch, I like that there seems to be a definitive point when he would actually be moving out,” considered local couch owner Melissa Lin. “And it’s not actually that long — if he stayed the whole time, he’d only have the 7th longest time crashing here among people staying in town ‘for a gig.’“

“With a record number of Democratic primary candidates, room in New Hampshire will be limited and filling fast. It’s smart of Sanders to start early and claim the best couch with easy bathroom and kitchen access now,” explained MSNBC political correspondent Mary Stenson. “It is almost impossible to run a modern presidential campaign while crashing on the same loveseat from which one housemate will play video games well into the early hours of the morning.”

At press time, Sanders was asking local barista and bassist Margarette Ambrosia if her parents still weren’t using their garden shed, and if it could house his campaign headquarters again like it did in 2016.